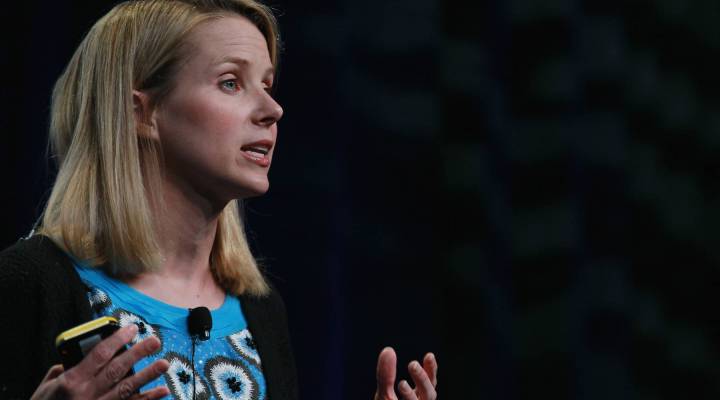 Since becoming Yahoo CEO last summer, Marissa Mayer has embarked on a acquisition spree. Justin Sullivan/Getty Images
By The Numbers

Yahoo is getting wild and crazy. The skit, that is. But will Yahoo’s purchase of rights to the Saturday Night Live archive help the Internet giant gain ground on Google, Netflix and Amazon in the race for online video content?

At least Yahoo is hitting a sweet spot for marketers: SNL has built a strong brand and loyal audience since debuting on NBC in 1975.


“When you’re going after content, you go after content where you can define the demographic, so you can build advertising and other programming around it,” says media industry analyst Rob Enderle. “SNL has a defined demographic, mostly older.”

And they have long, fond memories of their signature SNL moments, like the Land Shark , Tina Fey’s Sarah Palin and King Tut reincarnated as Steve Martin.

Yahoo snatched the exclusive rights to the SNL archive from NBC.com and Hulu (which is owned by NBC Universal). According to the New York Times, in the past those rights have cost some $10 million a year. Yahoo hasn’t commented on what it’s paying, but you can bet the price has gone up. Yahoo struck the deal with Broadway Video, a company owned by SNL creator Lorne Michaels. Yahoo had to woo his product away from NBC.

So from September, SNL skits – but not entire shows – will be available only on Yahoo. Analyst Enderle says this move is part of an Internet arms race for content.

“Everybody and their brother has the idea that cable companies are dead and they’re going around them,” he says.

Netflix is producing its own shows and gobbling up studio series. Google is awash with YouTube videos, and Amazon has big video ambitions too.

As CEO Marissa Mayer — who tweeted about the SNL deal — angles to reinvent Yahoo, expect more news like the SNL deal, says Enderle. Yahoo wants to be more than a site where people browse for news and stock quotes. Soon, visitors will be able to drop in on SNL for a delicious recipe or two.