How much is too much spending on big life events?

How much is too much spending on big life events?

The average amount a family will spend on prom this year is up to $1,139, according to a recent survey from Visa, based on interviews with 3,000 households across the country. That’s a 40 percent increase from just two years ago. One statistic that’s caught special attention is how the spending breaks down across various income brackets. Surveyed parents who fell in lower income brackets, below $50,000 a year, planned to spend more on their children’s proms than parents who made more.

Those sorts of trends have inspired headlines like: Crazy Prom Spending: Even Financially Challenged Families Spend More Than $1,000 on Prom.  But the spending doesn’t seem so crazy to Sue Rosenberger. She owns Fantastic Finds, a prom dress store in Lansing, Michigan, where she says plenty of customers have splurged on prom, even if their budgets were tight.

Some will save up for months, and pay in tens and $1 bills.

“There was one girl that came in who loved the dress she was in,” Rosenberger says. “A gorgeous metallic dress, the styling was fabulous, just fit her like a glove.” It cost $525.

That was much more than the girl and her mother could spend, “so the dialing of the phone starts, to the grandmother, to the aunt,” says Rosenberger. They put it on lay-away, and each week, for months, family members chipped in with checks and credit cards.

After the financing came together, Rosenberger says emotions were high. “The girl was crying. She was appreciative of the fact that everybody would pitch in and help her, and she got her dream dress.”

Rosenberger says her better-off clients often don’t always spend as much. “I think it’s a matter of what different income levels really want,” she says of the choice to splurge on something like a prom dress. “Sometimes it’s not important to somebody who has the means to buy anything. Maybe they’re going to Disney World for Spring Break, getting the kid a used car for graduation.”

For girls in lower-income families, Rosenberger says it can be a “whole different divvying up of the money. It’s their main social event that they have.”

That rings true for Barbara Jensen, author of “Reading Classes: On Culture and Classism in America.” Jensen, a family therapist, grew up in a working class family, but married a man from the middle class. She now works with cross-class couples and people who “have a foot in each class,” as she puts it. She says spending habits are often a big source of tension and misunderstanding.

On the other hand, she’s observed that her middle class clients are “raised to save their pennies, to be frugal.” She’s puzzled over this difference for years, and has a working theory. If you don’t make much money, she posits, “maybe you don’t really feel like it’s going to add up to much if you did save it all.”

In her mind, one approach isn’t better or worse, “it’s just how people are raised.”

But for Adelaida Cruz, to spend a lot on a single prom night, is “crazy.” Cruz is a receptionist from Philadelphia with six kids.  Her daughter, Ariel, is about to go to prom for the first time, after staying home last year because she couldn’t’ afford it.

Ariel says she’s looking for a dress in her favorite color, teal. “Something elegant, nothing too big or over the top.”

Her mom says they won’t spend more than $400 on the dress, shoes, hair, prom tickets, and dinner combined. But she has friends who will. When she heard one talk of spending $800 on prom shoes for her son, she was shocked. “I was like, ‘that’s ridiculous, girl. Do you know what you could do with $800!?’”

Still, Cruz says she understands the impulse to make the night a special one. Cruz dropped out of high school before she could go to her own prom. So her daughter’s prom is a symbolic step.

“She didn’t do like mommy did. Mommy had kids and then mommy couldn’t finish school. She’s very motivated. I’m so happy that I’m going to do anything that I can to help her complete school and do the prom and accomplish her dreams.”

Cruz says her daughter’s dreams include a memorable prom night, and hopefully, in a few years, medical school. 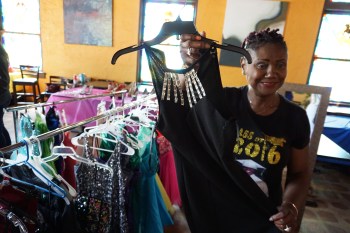 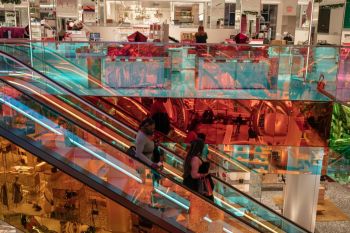