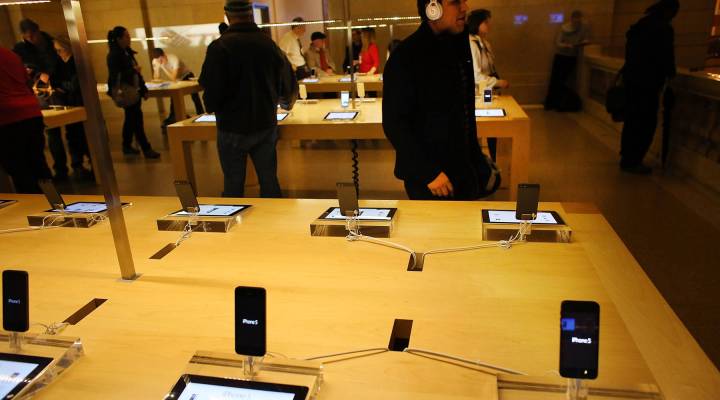 Apple is moving to ease investor anxiety following the Tuesday release of an earnings report that beat analyst expectations, but still marked the tech giant’s first year-over-year profit decline in a decade. The company pulled in $9.5 billion in revenue this quarter — down from $11.5 billion in the same quarter of 2012.

In a sign that it hopes to ease the fears of investors who have seen the company’s share price sink by 42 percent in the past six months, Apple will buy back $60 billion worth of stock between now and the end of 2015, and raise quarterly dividends by 15 percent.

But it’s the absence, to this point, of a “next big thing” that has industry watchers questioning how Apple plans to continue its profitability streak. The iPad mini, which hit stores in November 2012, was Apple’s last product release of note.

“Apple’s not done innovating,” says Tim Bajarin, president of Creative Strategies. “We know they’ve got a television project in the works. It wouldn’t surprise us to see an iWatch at some point.”

Still, Apple hasn’t said publicly when it will announce a new product, making it harder to guess what new, hot gadget the company has on the horizon.

Bajarin says Apple also has the option of producing more and cheaper products in order to capture a greater market share or continue making higher-quality, more expensive products that are profitable.

“My gut,” Bajarin says, “is that Apple will not do cheap phones. The fact is, there are people who will only buy cheap phones and that may be going to the Androids of the world, and the Samsungs.”

Audio Extra:  When Apple announced its quarterly profits report it said it’s going to borrow money. Borrow? Apple? Adam Lashinsky, senior editor at large for Fortune Magazine, tells us what this means for the company and its shareholders.