As Germany stumbles, will the rest of Europe fall down with it?

As Germany stumbles, will the rest of Europe fall down with it?

Linked by a common currency, the countries in the euro zone are roped together like climbers scaling a cliff face. If one or more loses their footing, the rest  could come crashing down.

That is the threat contained in a survey out today. Markit’s April Purchasing Managers’ Index (PMI) for the euro zone shows Europe’s biggest economy — that of Germany — is stumbling. Private sector output in Germany has fallen for the first time since last November.

There was slightly better news from France, where the PMI survey indicated that the private sector contracted at a slower rate in April than before. But Germany’s slowdown seems likely to drag the rest of Europe down with it.

The PMI survey doesn’t offer much hope of early improvement. Analysts say it indicates that the downturn in the euro zone is intensifying. 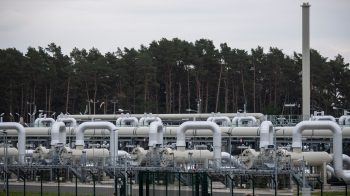