Say I wanted to buy a Smith & Wesson M&P. That, according to Patrick Shearer, is “a small 9mm pistol. It’s a low-capacity, seven-round magazine.”

Shearer has one for sale. He lives in Northern Virginia, his wife is expecting a baby, and Shearer says he needs the extra cash.

Shearer could go to a gun show or a dealer, but he is using ARMSLIST, a site, he says, that’s like Craigslist — full of classified ads, but for guns. It’s one of the biggest online marketplaces for firearms.

And like Craigslist, the people behind ARMSLIST are hands-off. They don’t get involved in transactions, and they didn’t respond to our request for an interview.

According to Roy Huntington, who edits American Handgunner Magazine, sites like ARMSLIST took off after eBay banned gun sales more than a decade ago.

“I don’t have any numbers on it, but it’s a huge presence in the marketplace,” he says.

Innovators and entrepreneurs, Huntington says, go where the market is. There are sites for selling guns and trading guns. And there are online auction sites just for guns. It seems the convenience of the web is not just for books and clothes.

“I think in some limited sense online sales could make gun shows obsolete,” Garen Wintemute says. He directs the Violence Prevention Research Program at U.C. Davis. He says that, at any given time, sites like ARMSLIST have tens of thousands of guns for sale.

“Online, I don’t need to wander around the building looking for what I want,” Wintemute says. “I can search for it specifically without leaving my chair.”

And when Patrick Shearer finds someone who’s interested in that Smith & Wesson pistol, that transaction will take place in private.

“Just like I would if I was going to sell something on Craigslist, we meet in a neutral spot that’s convenient for both of us,” he says.

Shearer says he does more than what Virginia law requires. He asks for two forms of ID, and he makes the buyer fill out a bill of sale. But, as with all online sales, no background check is required.

Find out how many background checks were adminstered in your state last year, and explore gun crime stats in our interactive map. View the map. 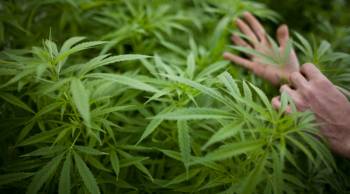