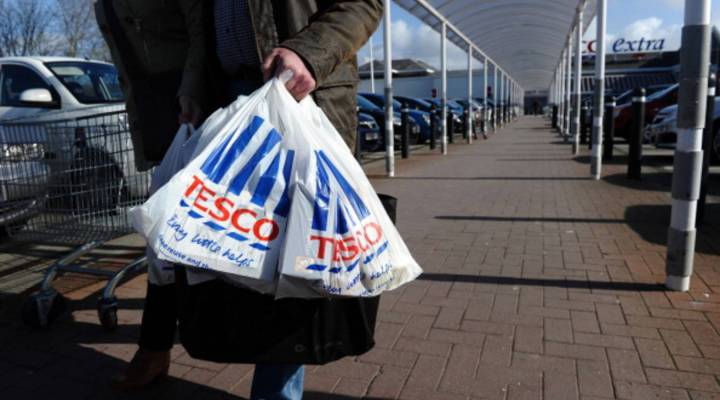 High-end versus low-end: How do you succeed in the grocery business?

High-end versus low-end: How do you succeed in the grocery business?

With apologies to Charles Dickens, you could call it a Tale of Two Grocers. It was the worst of times for British retail giant, Tesco. Its annual profit tanked 96 percent, mostly due to a failed foray into the American market. Tesco opened 200 Fresh & Easy stores in the U.S. since 2007, targeting the value shopper. Now Tesco is bailing out. Today, though, was the best of times for another grocer: Fairway. The New York-based grocery chain, known for its ecclectic array of products, went public and its shares rose 33 percent.

First, though, to Tesco. The company did its homework before launching Fresh & Easy: the CEO moved his family to the U.S., secret test stores were set up and British executives lived with American families to gain insight into how we eat and shop. The result: An emphasis on low prices, an efficient shopping experience and lots of prepared food. Also, a complete misread of the American shopper, says Phil Lempert, industry analyst and editor of Supermarketguru.com.

“Those execs heard what they wanted to hear,” he says. “They didn’t really hear what was in the heart and soul of the consumer.”

What is in the heart and soul of the American grocery shopper? Feeling important, Lempert says. Yet Fresh & Easy offered only self-checkout, a big no-no for Americans.

Tesco also missed the importance of a hands-on experience for American shoppers.

Coupe says there were other problems, including some poorly chosen locations and unappealing prepared foods. He points out other European chains like Carrefour have had trouble adapting to the U.S. market as well.

Years of research, efficiency and shrink-wrapped fruit couldn’t be farther from the Fairway model.

“Fairway is more art than science,” says Bob Goldin, senior vice president at food research firm Technomic. “You walk into some of their stores, they’re old, they’re cluttered, and people love them.”

Fairway is known for its wildly loyal customer base as well as its mind-boggling array of products, mixed in with familiar brands. That coupled with low prices is a winning combination, says Lempert. He’s not surprised investors are snapping up shares.

“There’s a lot of excitement, a lot of foods and also a lot of major brands,” says Lempert. “You can buy your Bounty paper towels as well as some exotic coffee and really have an adventure. That combination of value and adventure is absolutely dead-on for the millennial generation.”

Lempert says many millennials  are foodies on tight budgets. Fairway’s betting on that. It plans to expand from 12 stores to 300.