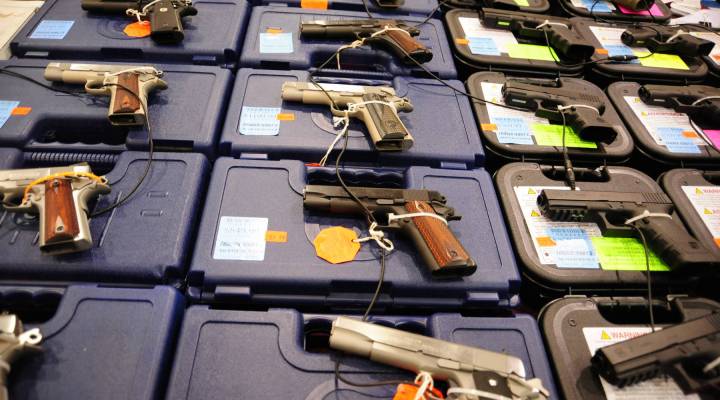 Rhode Island’s Republican House Caucus is inviting gun manufacturers to move their operations to the state, which is struggling with an unemployment rate of 9.8 percent. As states like Connecticut and New York pass stricter gun laws — and Maryland considers similar legislation — some Rhode Island lawmakers envisage an opportunity to welcome gun makers like Colt and Beretta, a move which they hope might create manufacturing jobs.

“Guns are going to be made in the United States,” said House Minority Leader Brian Newberry (R), “No matter what your position on guns. These are high paying jobs and they’re quality jobs.”

The invitation by House Republicans comes as Rhode Island lawmakers are set on Tuesday to unveil proposed changes to the state’s gun laws.

Newberry said he’s aware that gun manufacturers are in a difficult position following several high-profile mass shootings in recent months, adding that he is not immune.

“What happened in Newtown was horrible,” he said. “I grew up in Connecticut and I grew up with the father of one of the children who was murdered.”

“Even if some gun manufacturers were to come here, it would help somewhat,” said Lardaro. “It would not be, by any means, a game changer.”

Lardaro added that he expects many Rhode Islanders would have “philosophical” problems with the invitation to gun makers. After what their neighbors in Connecticut endured, he said, many people just don’t want that much to do with guns.