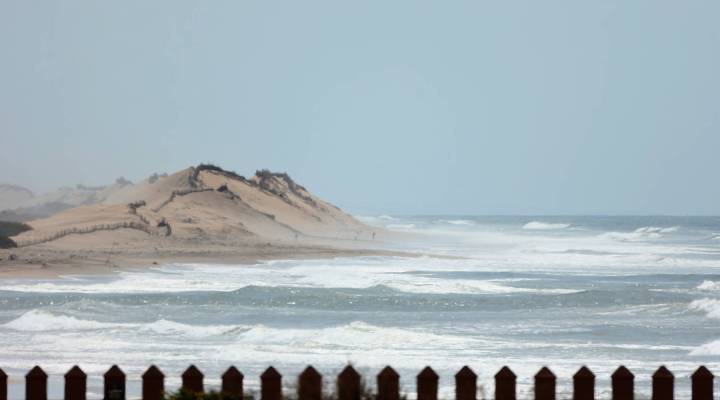 COPY
Southern Californians are known for their laid-back attitude. But a fight over beaches has split folks who own expensive beach front homes and beach-goers who gather around fire pits. Warren Little/Getty Images

Southern Californians are known for their laid-back attitude. But a fight over beaches has split folks who own expensive beach front homes and beach-goers who gather around fire pits. Warren Little/Getty Images
Listen Now

In the daylight, Orange County’s fire rings aren’t much to look at. They’re small square pits that dot the sand for a few hundred yards.

“One of the great things about the fire pits is that it is one of the few places in Orange County where everyone can gather together, where there is no class, said OC Weekly editor Gustavo Arellano. “There’s no rich or poor. There’s no Mexicans or white folks or Asians. It’s whoever gets to the fire pits first.

But when the sun goes down, beachgoers are drawn to the bonfires like moths to a flame.

“We came out here to catch a few waves and then later tonight, [we’re] probably gonna make some hotdogs over the fire pit, chill out,” said 18-year-old Connor Renard who gathered with a dozen friends around an unlit fire ring.

The rings have drawn crowds for 60 years, but they are also drawing the ire of Newport Beach residents who say smoke from the open bonfires pollutes the air, leading to a host of health problems for those who live – and hang out – on the beach.

“[Newport residents] have respiratory problems from asthma, to, some people talk about cancer — but it’s difficult to pinpoint,” says Dave Kiff, city manager of Newport Beach.

What began as a request by Newport Beach to have the city’s fire rings removed has erupted into a local firestorm pitting those who want the rings to go against those who say the health concerns are nothing more than an excuse invented by wealthy homeowners who want to keep the public off of public beaches.

“The fire pits are the latest salvo in a war pitting the rich against the rest of us,” says OC Weekly editor Gustavo Arellano. “It’s the elite who live at these affluent communities. They don’t want the hoi polloi to come down here.”

Dave Kiff takes offense to that.

“They don’t know what’s in our hearts,” he says.

But Arellano says that Newport Beach has come up with many reasons to ban the fire pits, including noisy teenagers and the risk that people might fall into the pits.

Setha Low, who teaches anthropology of the City University of New York, says that the rich and the rest often clash over public space. As the wealth gap grows, so will the problems.

“If this continues, because we have a greater difference between poor and rich, that means more and more people are being thrown off public spaces that are actually public,” says Low.

California officials are also divided. The Newport City Council first proposed removing the pits to the California Coastal Commission, which denied the request, calling the fire rings an important, low-cost attraction for beachgoers.

But the South Coast Air Quality Management District, a regional body that monitors air pollution, disagrees. Officials there say that Newport Beach has a case and they’ve introduced a proposal to ban the fire rings not just in Newport, but in all of southern California.

And that is throwing a kink into Orange County’s laid back culture.

Connor Renard, who will soon graduate from high school and has plans to move to Arizona asks, “If you’re not gonna be at the beach, why ruin the fun of people who are at the beach?”