Is your office a zoo? Get down to monkey business

Is your office a zoo? Get down to monkey business

At Chester Zoo in the north of England a chimp hurls himself at the thick pane of glass. What’s he trying to say? Biologist Patrick Van Veen runs a course for zoo attendees that explains the primate’s actions.

The course aims to show how watching a chimp’s behaviour can help you better understand your colleagues. Dutch company Ape Management is behind the idea and runs sessions in zoos across Europe. And for around $2,000, businesses can send a group of their workers to learn about their ape ancestors instincts — and see how they mirror our own. For example, how we make friends with people or how we react when we’re jealous or how we try to take charge of a group. Founder Van Veen was inspired to set up the business 10 years ago by his own boss.

“He was about two meters tall, he was huge, he had small glasses and when you entered his office he stared at you as though, ‘What are you coming to bring to me?'” says Van Veen.

So what sort of behavior does Van Veen see in the primate world that applies in the business world?

“There is a lot of behavior, sometimes it’s good to make people aware of the way they show dominant behaviour and how that reflects on the people in their group. It’s also about grooming. We spend a lot of time chit-chatting and drinking coffee with each other and that’s grooming behavior like primates do, that’s building relationships,” he says.

Van Veen’s original client base was from the insurance industry, where he started his career. It’s now branched out into all sectors, with a client list including accountancy firm Price Waterhouse Coopers and oil giant Shell. So what do the businesses who visit the zoo make of bringing biology to the boardroom?

Sandra Bruce works for British bank NatWest and says she learned a lot from the day.

Bruce says the monkeys reminded her of some people in her organization, but won’t reveal who.

The training’s gone down well with the companies that have taken part, but is the science sound?

“We see things like dominance displays, we see posturing, we’ll see submissive behaviour where animals move out the way of each other just in the same way as we’d try to avoid certain people sometimes,” says Sonia Hill, a research officer at Chester Zoo specializing in animal behavior.

Now the company’s hoping to expand its courses from Europe to the other side of the Atlantic and give more workers an opportunity to find out who’s really King Kong in their office. 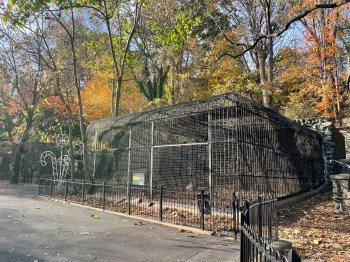 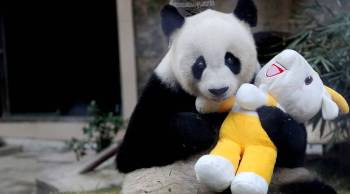