He says, “They tap into that insider information and then sell it to their clients for the whole purpose of cashing in on the stock market.”

What kind of insider information? Adam Zagorin is a senior fellow at the Project on Government Oversight.  He says, imagine if you knew ahead of time which defense contractor would get a big project. You’d buy that stock and make a killing.

“So the decisions made in Washington about the timing and amounts of money that are going to be spent are of interest to many people,” he explains.

In fact, Zagorin cites one estimate that about a third of institutional investors have hired political intelligence firms. But the political intelligence business is really hard to measure.  It operates in the shadows. Which is why congress asked the Government Accountability Office, or GAO, to study it.  Michelle Sager wrote the study released today.

She says, “We started with a definition, and then we tried to quantify exactly what the industry looked like.”

But Sager couldn’t get a really good look at it.  She couldn’t find out who’s behind the political intelligence business. Or how much they profit from it. That’s because they don’t have to register or report who they meet with. Legislation could be introduced soon in Congress to change that. 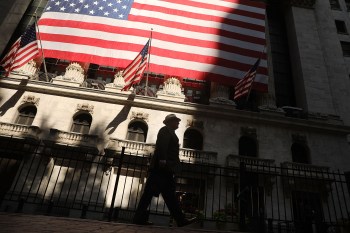