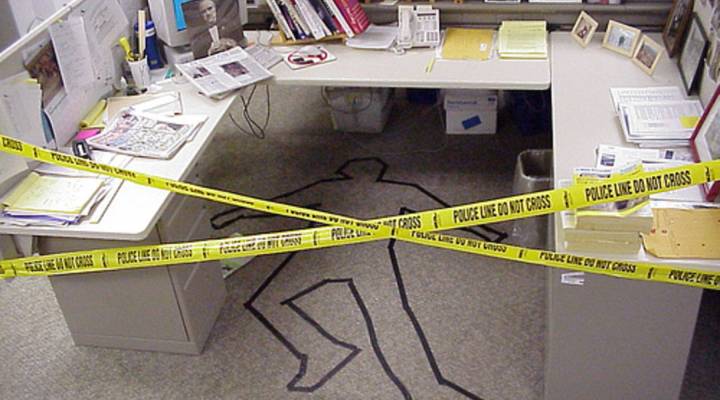 COPY
Feel free to pull pranks at work, but don't take them too far. via MotleyNews.net

Feel free to pull pranks at work, but don't take them too far. via MotleyNews.net
Listen Now

Yes, it’s that time of year again, April Fools’ Day, when our co-workers and friends turn the office into their own private version of MTV’s “Punk’d.” But there is such thing as a bridge too far with April Fool’s, and you got to know when to say when.

Spencer Reed at St. Louis Public Radio is a natural prankster. Frankly I’m surprised I’ve escaped this long without feeling the sting of his April Fool’s hijinks. His family however is not so lucky.

“April 1st morning, I come into the kitchen, I’m making everyone a nice big breakfast, and I cut my finger off. There’s fake blood everywhere, I’m screaming, I’m running around. My wife buys it every time, my kids freak out…It’s hilarious,” says Reed.

By keeping the crazy at home, Reed is actually applying the human reassures doctrine of April Fool’s: That hilarious prank you like to pull on your friends won’t necessarily play at the office.

“And you don’t want it to be a negative career-defining moment,” says Marci Raver, who runs the Contemporary Etiquette Institute in Ann Arbor. When in doubt, she says its best to show restraint.

“Whoopee cushions are still fun, but plastic wrap on the toilet seat is not fun. Hiding an alarm clock in someone’s desk is fun, but pulling the fire alarm is not fun…It’s also illegal,” says Raver.

But, hey, putting the stapler in jello will always be hilarious.