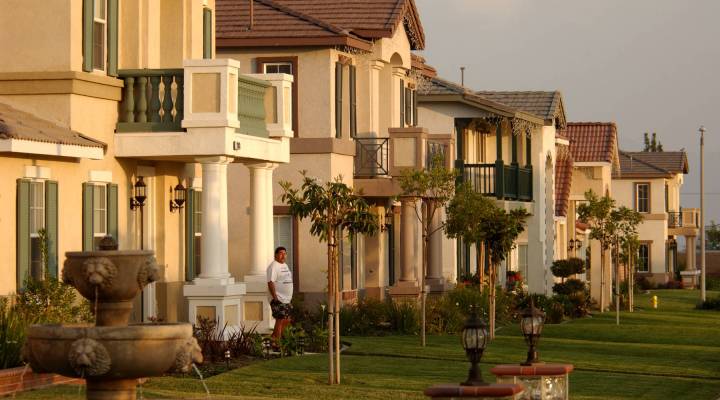 Return of the home ATM?

Return of the home ATM?

We’re getting more signs the U.S. housing market is on the mend. Construction of new homes has hit a four-year high, and nearly two million homeowners have gone from being underwater on their mortgages to seeing positive equity. And that got us wondering: Should we expect a return to the bad old days of using our homes as ATMs?

One reason so many homeowners sank so far underwater when the housing bubble burst was they had used their homes as an easy source of cash, taking out home equity lines of credit, often for consumer spending.

After the collapse, the Shaw neighborhood in St. Louis ended up like so many in the country. As home prices dropped, many people owed more on their mortgages than their properties were worth.

Home values in Shaw have been slowly rising since. But even as prices rebound, Kastner says tapping any new-found positive equity is probably the last thing on homeowner’s minds.

“A lot of these properties, they’re going to have to get better appraisals and pay down some of their mortgage before they’re really able to get out from under stuff, refinance, or pull cash out,” says Kastner.

Richard Sharp is a senior vice president at First National Bank.  He says, even though home prices are rising, most people are still a long way from positive equity.

“We haven’t seen a lot of that yet,” Sharp said. “One of the big things I think is that in general the values are picking up, but they’re picking up from depressed levels.  So they’re just getting back in the ballpark of where they were.”

Just ten percent of property owners said they would consider applying for a home equity loan in a recent survey conducted by real estate website Trulia.

“People are much more likely to try to get more money out of there house, or get more money to spend on other things through refinancing, than borrowing against their home,” says Jed Kolko, an economist with Trulia.

Kolko says it will take a much bigger bump in home values than the current seven percent increase to encourage people to borrow against their equity.

The real positive sign he says is that rising values, mean fewer people defaulting on their mortgages, which is good for homeowners and their neighbors.