Steady as a rock: Real estate in Jackson, Miss.

Steady as a rock: Real estate in Jackson, Miss.

Marketplace Money has been taking the pulse of various housing markets throughout the country. Today, we head to Jackson, Miss., to see if the warming trend we’ve heard about elsewhere has also taken root in the South. Walker Tann, a broker at Jackson’s Nix-Tann & Associates, joins us to talk Mississippi real estate.

“Traditionally we’re used to seeing things really crank up about now. It’s what we call the daffodil effect, which is basically once the daffodils start blooming and everything starts blooming, is when the buyers start coming out. It kind of cranked up early for us this year. It started in February and we do have things blooming,” says Tann.

Tann, a third-generation realtor, says his family has been in business since 1977 and this past year was the firm’s third best year. He says Jackson hasn’t experienced a lot of the peaks or valleys that a lot of other real estate markets have — partly because a lot of people don’t move in from other areas.

A three-bedroom house on a nice street in a good school district would cost about $200,000, says Tann. But are the banks willing partners in real estate deals?

“Five years ago, if you were a young person just getting out of college and you had a good job lined up, you probably could walk into any local bank here and get a loan. Today they’re just a little bit tighter. We see more young folks having to get parents to co-sign just to help them get that first house. Today it’s just tougher to get a loan,” says Tann. “The banks are being choosier. It’s definitely a buyer’s market. In the way that our prices never saw that appreciation and so the prices are somewhat deflated. And quite frankly, our rental market is so tough that it costs a good bit more to rent a house than to buy a house.”

Tann says the best time of the year to check out Jackson would be March or April — before the humidity sets in. 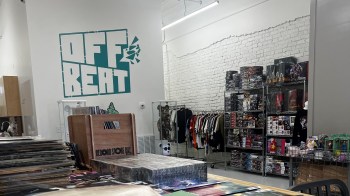