The Bureau of Labor Statistics reports that the economy added 236,000 jobs last month, beating analyst expectations. The unemployment rate fell from 7.9 percent to 7.7 percent, its lowest point in four years.

Krueger: As the president has said repeatedly, the sequester which took effect early in March is bad policy. I think people across the political spectrum will look at it and think it is bad policy. It imposes a set of indiscriminate cuts which don’t solve our long term deficit problem. The Congressional Budget Office forecasts [it] will shave economic growth by 0.6 percent and reduce job growth by around 750,000 jobs by the end of the year. The president has proposed a balance approach to put us on a sustainable fiscal path, which includes closing tax loopholes, includes reforming our entitlements, and a smarter set of spending cuts.

On whether the sequestration will be undone:

Krueger: The president has been reaching out to Congress. He made phone calls to many members of Congress this past week, he had a dinner with Senators from both sides, he met with ranking members of the House. So we are working to try to put us on a better fiscal path. It is going to take some time. We would like to see the Congress move back to regular order in terms of passing a budget. 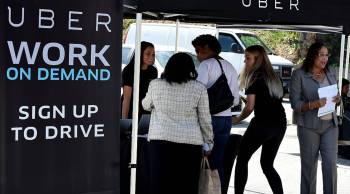