“Top Chef” judge Tom Colicchio has a new title this week. He is one of the executive producers of a new film on hunger in America. It’s called “A Place at the Table”.

The documentary examines hunger from the perspective of three people: A single mother of two in Philadelphia, a fifth grader in Colorado who must rely on friends and neighbors for food, and a second-grader in Mississippi who has health problems related to her diet of cheap, unhealthy food.

Why would a celebrity chef who owns high end restaurants in three major cities care about hunger? Colicchio credits his wife, who came face-to-face with hunger while mentoring a young girl. Another reason? His mother, who ran a school lunch program in his hometown of Elizabeth, New Jersey.

“[His mother] said ‘these kids who come into my lunchroom for breakfast and lunch — I know this is the only thing they’re eating all day and I’m really fighting to get them some healthy food, at least a choice,’” says Colicchio. “It changed my complete view.”

Colicchio says government action is essential to address hunger in America. “If the hunger problem in America was just about charity or money, it would have been solved already,” he says.

He adds, “If you look at the public health issues the government has solved before like yellow fever and cholera — these are issues that we thought were just issues of the poor, issues of the inner city. It wasn’t until government found out that it was either through mosquitoes or through water that was tainted. That took care of these problems.”

Colicchio says that if political candidates and government officials don’t begin to speak out on hunger in America, they risk being labeled as “pro-hunger.”

Colicchio is also launching a social action campaign to curb hunger in America, tied to the release of the film. 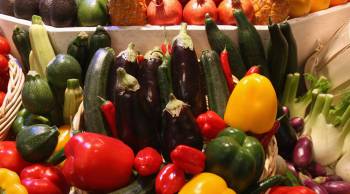