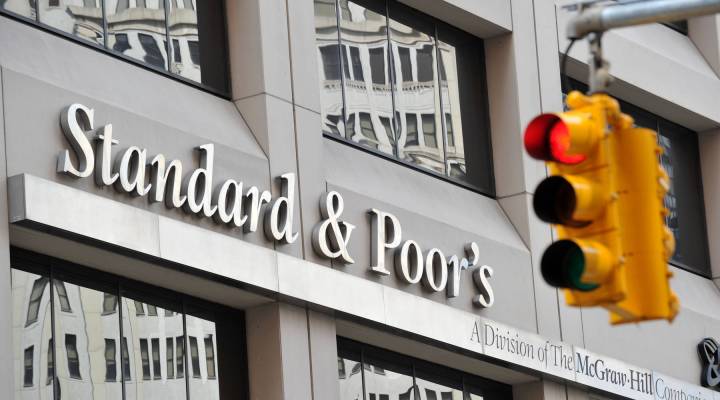 COPY
Publishing company McGraw-Hill, which owns the credit rating agency Standard & Poor's that is the target of a $5 billion lawsuit by the Justice Department, reports earnings today STAN HONDA/AFP/Getty Images

UPDATED (9:15am EST): Publishing company McGraw-Hill swung to loss in the last quarter, but it’s bigger problem could be a Justice Department lawsuit related to the housing bust and financial crisis.

The federal government claims Standard & Poor’s inflated credit ratings on mortgage-backed securities that turned out to be worthless.

“The government’s allegations are as grave as one could imagine,” says securities attorney Lance Kimmel. Rather than a slap on the wrist, he says a $5 billion penalty would destroy McGraw-Hill, which earned less than a billion dollars in 2011.

“S&P, facing what I think would be a death knell, has no reason to settle, they’re in a fight for their life,” Kimmel adds.

McGraw-Hill already refused to settle once. And it could be tough for the government to prove that S&P manipulated ratings and hid that from investors.

“I think the government’s going to have a hard time on this one. Fraud is always a bit of an amorphous concept,” says Kimmel.

The other two major ratings agencies, Moody’s and Fitch, also gave top grades to bad mortgage bonds, but so far the government has not sued them.