Much of the excitement over social networks has been based around the idea that they can sell targeted ads and maybe eventually things. Well, “social commerce” is becoming a bit more real. Starting Wednesday, American Express customers who link their cards to their Twitter accounts will be able to make purchases with a tweet.

Here’s how it works: American Express will release a list of things you can buy as favorites on their Twitter page — think a Kindle Fire or an X-box. Each product will have a special hashtag. You tweet that hashtag, along with a second confirmation tweet from American Express, then the product gets mailed to your billing address.

“Everything happens within the Twitter eco-system,” says Doug Pierce, the head of research at Digital Due Diligence. “So there’s no going to the merchant site, no fumbling to find your card. It’s really simple, seamless.”

Pierce says it’s seamless because a lot of marketing already happens on Twitter and so that’s where you may first find a product you want. But the new payment system may be more about social media cred, than just about making money.

“It’s something to help spread the word about what can be done and how to do it, ” says Ingrid Lunden, a staff writer for TechCrunch. “And how cool and hip American Express is, rather than something that really will generate massive returns.”

Lunden says at least for now, what you buy with this system will likely be limited, as will the number of people who choose to participate. 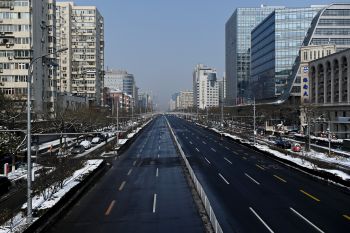