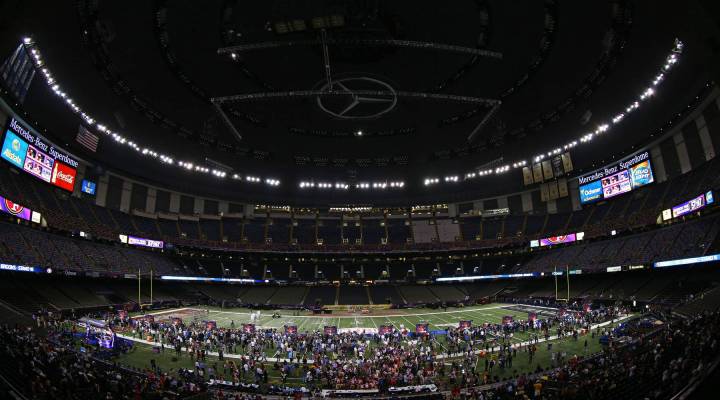 According to some estimates, $10 billion is gambled on the Super Bowl each year. And forget the simple bet of whether the San Francisco 49ers or the Baltimore Ravens will win — and by how much. Frequent gamblers bet on far more obscure things, including events that take place off the field.

Theses proposition, or prop, bets, allow people to place a wager on things like how Beyonce will style her hair during the halftime show or how long the national anthem will last.

We decided to get in on the prop bets game, minus the money. We’ve drawn up seven bets that we’re asking people to make: five are based on Friday’s Marketplace show, and two will be from the Super Bowl itself.

Here are the answers:

Thanks everyone for participating!