Dozens of hostages from the United States, Britain, Japan, the Philippines, and other countries were killed at a natural gas production facility in Algeria on Saturday during a bloody standoff between Algerian security forces and their captors, followers of a Mali-based warlord who has links to Al Qaeda. The warlord, Mokhtar Belmokhtar, released a video claiming responsibility for the attack and promised more violence in the future.

The attack comes at a time when the energy industry has been looking at Northern Africa as an untapped resource. “BP, and other majors, regard it as a very important and significant region for future development,” says Marketplace’s Stephen Beard. “There have been years of under-investment there, largely due to the isolation of the Gadhafi regime in Libya.”

But after the Arab Spring swept several North African regimes out of power, the energy industry has set its sights on the region. “North Africa could become a major energy growth area,” Beard says.

So will this attack, and the threat of future attacks, stymie energy development in the region?

“Oil and gas companies are about some of the most willing businesses in the world to go into difficult areas,” says Nick McGregor, an oil analyst at Redmayne-Bentley. “But, things like this will increase risk, and increase cost, and therefore they are likely to slow investment going forwards.”

Though the attack is sure to delay oil and gas production in the region, McGregor says energy prices are not likely to go up because North Africa is not presently a critical supplier. However, in the future, it is possible there will be an impact in the natural gas market that will be felt most strongly in Europe. 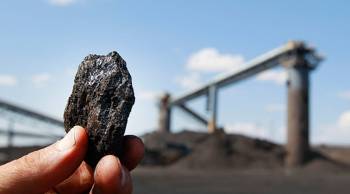