Now that the holidays are over, you might be determined to lose some of those extra pounds, but here’s a word to the wise: Today’s New Year’s resolution is often tomorrow’s excuse.

“I’m going to get back in shape this year!” can quickly change to “My muscles hurt; I’ll just pick things up tomorrow.” By some accounts, that “tomorrow” never comes for as many as four out of five people who buy gym memberships.

In the meantime, the workout rooms will be packed with “best intentions” for the next few weeks. It’s the busiest time of the year for health clubs, and that helps keep the industry financially fit. “This is definitely our prime time — this is our Super Bowl, so to speak,” says Patrick Strait, a spokesman for Snap Fitness, a global chain of 24-hour workout centers.

“Last year at this time, we added around 100,000 new memberships,” Strait says. “To put that in perspective, that’s roughly 15 percent of all the new memberships that we added for the year.”

Wait a few weeks, though, and the lines for the treadmill and stationary bikes are likely to go away. Bankrate.com rates unused gym memberships among the top 10 money-wasters.

John LaRosa, who tracks the industry at Market Data Enterprises, says many fitness clubs get their money even if you end up abandoning your exercise plan. As he explains it, “Some of the chains still like to try to sign you up for a yearly program, knowing full well that most people, after three or four months, are not going to be using the facility, because they get tired and lose interest.”

At least they’re giving the job market a lift. At Fitness Evolution, in the L.A. suburb of Redondo Beach, manager Rashaad Green brings on extra help to handle the crowd. By the middle of February, however, he says the “New Year’s resolutioners” are usually nowhere to be seen.

“They’re excited when they first come in, but after that, they just fall off,” says Green. “You know, we’re creatures of habit, so they go right back to what they were doing.”

Green says attendance usually spikes again in a few months, when people start showing up to get their “beach bodies” ready for the summer. 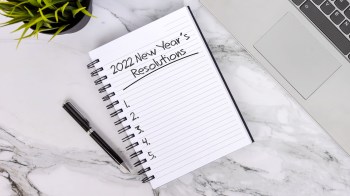 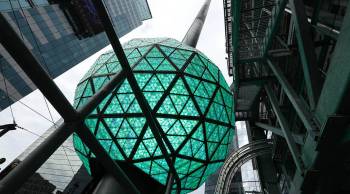