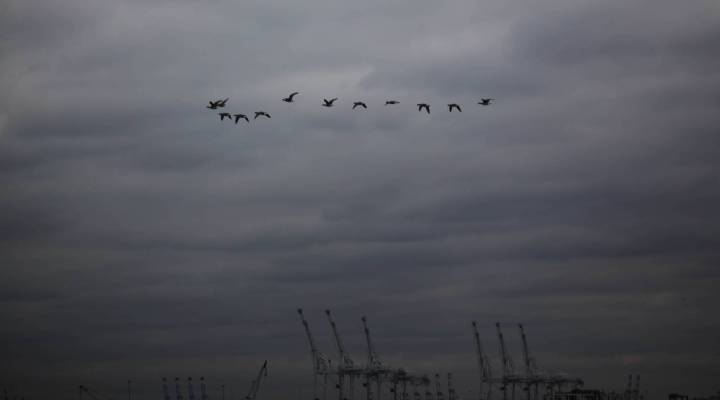 The Longshoremen’s Union is in heated contract negotiations with 14 ports along the East Coast and Gulf Coast. If an agreement isn’t reached by December 30th, it could mean a strike.

At issue are the bonuses longshoremen get based on the amount of cargo they unload. U.S. port operators want to cap those bonuses — which often top $10,000 a year.

“We are looking at a shipping cliff if they don’t settle,” says Harley Shaiken, a labor economist at the University of California Berkeley.

He says nearly half of the cargo shipped to and from the U.S. goes through these ports. “It has a much wider set of economic implications,” says Shaiken. “You’re talking about a lot of stores without things to sell and a lot of factories that aren’t able to export.”

A map of the biggest ports in the U.S., including many on the Eastern seaboard.

But unions are under pressure not to give too much these days says Gary Chaison, professor of labor relations at Clark University.

“The union movement has just done well in an election,” he says, “but in hard times as we’re facing now, the union still has to prove that it’s an effective representative.”