CORRECTION:  An audio version of this story incorrectly stated how quickly a Census Bureau worker will respond if the online form is not filled out. The Census will send a second letter reminding you to respond online.

The Census Bureau is giving you a chance to avoid a knock on your door from a census worker. For the first time, it’s doing one of its major surveys online.

Census will be experimenting online with its American Community Survey. It’s a yearly questionnaire Census sends out to a sample of about three million Americans.

Why go online? To make it easier and quicker to respond.

Robert Santos is a statistician with the Urban Institute. He says, “It’s much easier to get online and snap out a form than it is to sit down with a piece of paper maybe, and handwrite answers on paper.”

Plus you don’t have to deal with phone calls or home visits from census takers. Online forms make the Census Bureau happy, too: They’re cheap.

Frank Vitrano is the associate director of the Census. He says the move to the web could save a couple million dollars.

“There’s a lot less paper we’re going to be mailing out to households,” he explains. “Which reduces the amount of workload that we need for calling people back on the phone or even visiting them in person, which are the real expensive modes of data collection.”

If you’re chosen for the survey, you’ll get a letter from Census asking you to respond online.

If you don’t reply, you can expect a reminder.

Read about our methodology 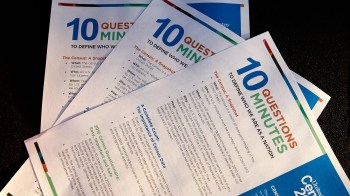 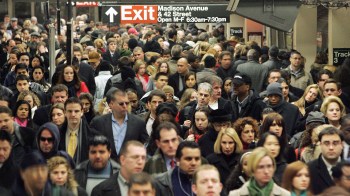 The 2020 census is going high-tech and online