Restrictions on home-based businesses continue to loosen as more Americans work from home. But there are still plenty of enterprises operating in the shadows, including home recording studios in — of all places — Music City.

In Nashville, Tenn., it’s tough to throw a rock without hitting a basement studio or backyard recording space. But anytime a guitarist lays down a lick, the studio owner could be violating the law. There’s a blanket ban on home-based businesses serving patrons on site.

Codes officials generally look the other way, but one studio owner received a citation in recent weeks. So this month the city council is considering an exemption for music makers, allowing them to have up to 10 visitors a day. Producers say they’re ready to come out of the woods.

“Legislation is going to help the neighbor who is scared because now you’re going to have a legal framework that you can go and complain,” says home studio owner Nomad Ovunc, who records pop, folk and even film scores.

Restrictions against the home office are falling across the country. In California, the state legislature just made it so people could sell everything from organic cupcakes to homemade jam from their own kitchen.

More than half of all businesses in the U.S. are based in a home, according to Census figures.

Professor Jeff Cornwall, who heads the entrepreneurship program at Belmont University, says some rules — implemented before the Internet age — have outlived their usefulness.

“Most of them were more customer-focused businesses in those days,” he says. “People were concerned about someone starting a daycare I think there was an over reaction.”

There are still fears of increased traffic and parking headaches or just losing a neighborhood’s residential character. In Nashville, the loudest worries are from musicians concerned about the proposal’s particulars.
“To impose arbitrary standards of size, percentage of property and number of people allowed will be a nightmare to enforce,” said bassist Dave Pomeroy at a recent public hearing.

But even Pomeroy — who heads the local musicians union and operates a home studio of his own — agrees with the intent. A ban on home studios in Music City just sounds bad. 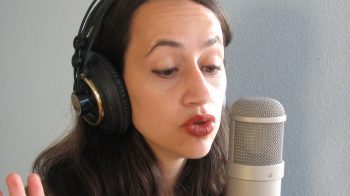