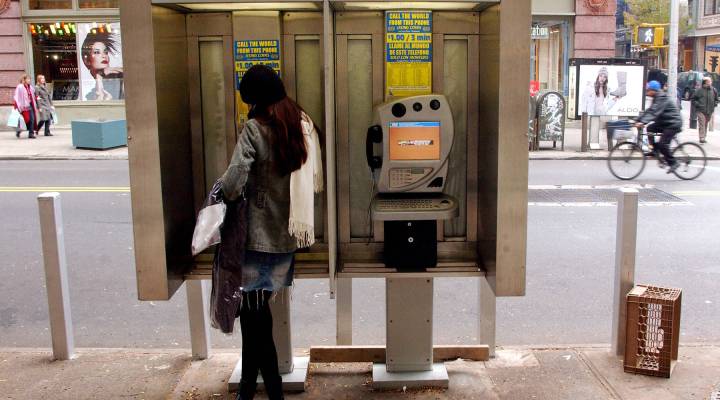 There are more than 11,000 payphones in New York city and even though they aren’t used as much as they used to be, they’re still big moneymakers says Stanley Shor, Assistant Commissioner for Franchise Administration.

“The city has enjoyed a substantial amount of revenue from the advertising on the payphone.”

Still, with fewer people using the phones, the kiosks have become targets for vandalism, so the city is looking to turn payphones into hubs for some kind of public service and profit. The city teamed up with companies to turn some of its phones into touch screen stations with tips for tourists, restaurant recommendations and lots of advertising opportunities.

Tom Touchet, the CEO of City24/7, one of the city’s partners, says payphones make an ideal spot for digital services:

“You already have power, so you don’t have to don’t have to dig, and all you have to do is bring broadband and it’s generally easier to do that at a place where there’s already communication lines existing there.”

Contest submissions are due by February 18, but no big money for the winner, just a ringing endorsement from the city.