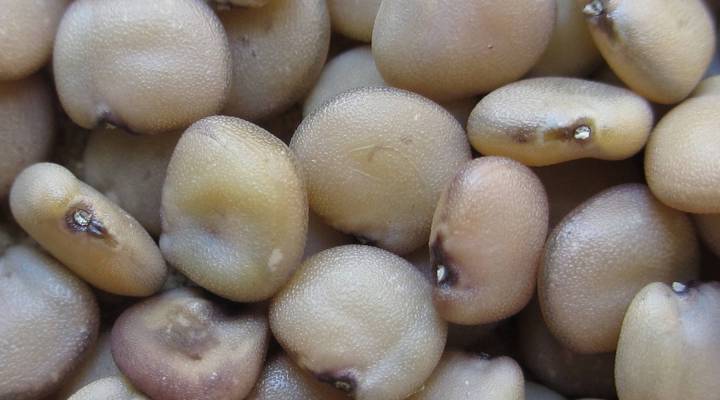 How fracking affects a bean grown in India

COPY
Guar gum, made from beans grown mostly in India, is key to fracking. Its price has gone on a wild ride, sending oilfield companies scrambling. Ton Rulkens / Creative Commons
The New Petro-State?

How fracking affects a bean grown in India

Many people may not know what guar gum is, but chances are they’ve put it in their mouths or on their hair. Guar gum is made out of the seed and it’s used to thicken things like ice cream, shampoo and paper. It’s also a key ingredient in hydraulic fracturing, or fracking, the controversial oil drilling process.

Frackers inject guar gum into cracks in the earth, after they blast into shale rock miles underground.

“You have to have something to keep it open,” says Kelly Youngblood, director of investor relations at Halliburton, one of the biggest frackers in the world. “You can fracture the earth and open it up, but, over time, the earth will settle and all the channels that you have created will essentially close.”

As fracking took off, so did guar gum prices. Then there was a bad harvest in India, the guar gum capital. Guar gum went from about a $1 a pound in 2010 to $12 earlier this year. Halliburton’s profits took a hit and the company took action.

“We went out and bought a significant supply, a strategic reserve of guar,” says Youngblood, “to make sure that we didn’t run out.”

The global supply of guar gum got even tighter and prices got even higher. That’s when market forces stepped in, says Dan Manternach, agriculture services director for Doane Advisory Services in St. Louis.

“Prices are now regressing to where they were just a few years ago,” says oil trader and analyst Stephen Schork.

Guar gum is now cheaper than the substitute Halliburton developed — at least for now.

The New Petro-State?
Tags in this Story
Share this Story