The perfect gift for that perfect person: You

The perfect gift for that perfect person: You

Every holiday season brings new trends in retail, like the rise in gift cards or the return of layaway. This year, call it the year of “you.” The National Retail Federation expects shoppers to spend over 20 percent of their holiday budget on themselves.

That trend has been on the rise for at least half a decade. You can call it “self-gifting,” or you can do like most of my friends did when I told them about this story — they quoted their favorite episode of the TV show “Parks and Recreation”: “Treat Yo Self!“

While you’re nail-biting over what to get Cousin Tina, why not snap up great deals for you? It’s something shoppers are admitting to more and more, and something advertisers have co-opted for this holiday season. One ad features a sparkly skirt, with a gift tag that says, “To me, from me.”

Nicole Giordano of the webstie StartUpFashion.com showed me that one, which landed in her inbox from the clothing company PiperLime. Giordano has been encouraging independent designers to use the “treat yourself” message. She knows it works because while shopping for her sisters, she’s bought things for herself.

She says when you go to an online boutique or etsy store, say, there are deals that encourage self-gifitng. “You know, buy this and then here’s this other thing at a discount, so it’s like maybe the scarf is her for and the earrings are for me, or vice versa.”

“I’m not proud of that, but I am a sucker in that capacity for sure,” she says.

She felt a bit better when I told her everyone I talked to copped to this. But it is a cultural change to flaunt self-gifting.

“Those messages didn’t exist 40 years ago,” says consumer psychologist Kit Yarrow at Golden Gate University. “It would have been shameful in a way to say ‘I’m special’ or ‘I deserve it.’ People would’ve looked at you like you lack humility.”

“It’s Pavlovian in a way,” says Yarrow. “Consumers are just conditioned now to look forward to those bargains. And they wait to purchase things for themselves until the holiday season when they can get deals.” Lots of self-gifting is practical stuff, like socks or tech products, that wouldn’t feel personal enough for a gift, anyway.

But whether it’s practical or indulgent, buying for yourself makes economic sense, says Joel Waldfogel, a University of Minnesota economist and author of “Sroogernomics.”

“Self-gifting, as unromantic as it may be, is another way to restore efficiency,” he says. “When someone else does the buying, if they don’t know what you like, they might spend $100 and buy something that’s worth nothing to you.”

Waldfogel says he loves gifts from people who know him well, because they have a shot at buying him something even better than what he’d choose. It’s the bad gifts that economists like him hate. They can’t stand to see all the money wasted on stuff people won’t use.

So why not give up the ruse? We could simply tell everyone to buy what they want for themselves, and post the pictures on Facebook, right?

“The reluctance to go that route is, in part, a reluctance to admit that we don’t know what the other person wants,” says Waldfogel. That’s because gifts are about more than economic value or utility. Gifts express relationships.

If you buy all your own gifts, “you can live in the perception that you don’t need anybody,” says Charles Eisenstein, author of the book “Sacred Economics.”

“If you say, ‘Well, Mom, don’t buy me anything,’ an important way of creating a tie between two people is lost,” he says.

But it can be hard to buy great, personal gifts for people you don’t see that often. I noticed a post from Tony Pierce on Instagram. It was a screen shot of a text exchange between him in Los Angeles, and his mom in Chicago.

“She wrote me and said: What do you want for Christmas? And I said: How about world peace? And she says: I’ll get right on that,” says Pierce.

Cringing at his own sarcasm, Pierce came up with a tangible gift. “I was like, Mom, how about Madden 2013 instead?”

That’s a football video game. It’s something he could easily buy for himself, and play right now instead of waiting for Christmas.

So, the gift he’s really giving his mom? Letting her give him something. 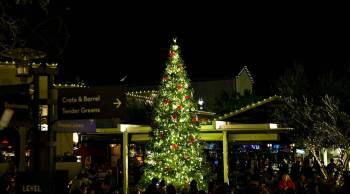 For the perfect holiday gifts, check the trend forecast 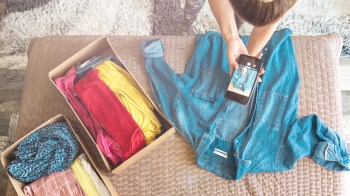