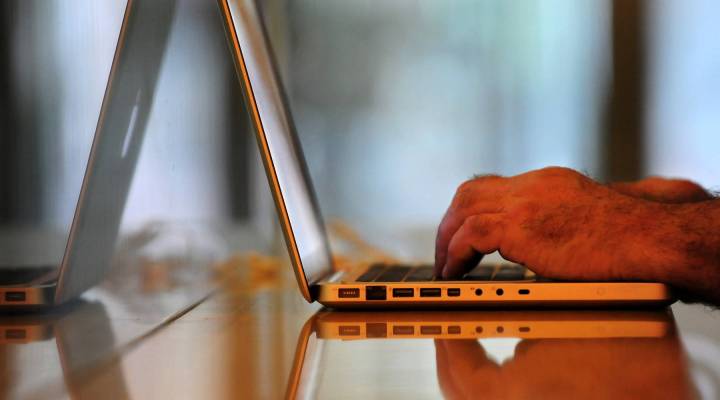 The growing art of data dodging

COPY
In July, federal Judge Esther Salas was deliberately targeted in her home in New Jersey. A man — who had a case before her — came to her home with a gun and shot her husband and son. Her husband is in the hospital and her son died. Salas believes this incident was possibly due to the fact that her private information was publicly available for the attacker to find her. Frederic J. Brown/AFP/Getty Images

The growing art of data dodging

In July, federal Judge Esther Salas was deliberately targeted in her home in New Jersey. A man — who had a case before her — came to her home with a gun and shot her husband and son. Her husband is in the hospital and her son died. Salas believes this incident was possibly due to the fact that her private information was publicly available for the attacker to find her. Frederic J. Brown/AFP/Getty Images
Listen Now

The holidays are prime Internet usage time for most of us: buying gifts, booking travel, emailing about holiday plans. All that can be a little scary, when you realize that companies are tracking everything you do online, and creating a profile of you to sell to advertisers.

In his midtown Manhattan office, Scott Meyer, CEO of Evidon, demonstrates how pervasive the snooping is. Meyer’s company owns a service called Ghostery, which lets Internet surfers see which companies are tracking them on any given website. Meyer points to his laptop, where he’s just opened travel website, Kayak.com.

“Let’s say I’m going from New York to Miami because I want to see Grandma, and I just typed in that I’m going to Miami and now 18 companies are tracking me,” he says. When he clicks on a flight, 37 companies are tracking him. All of this happens in less than five minutes. Meyer says after a night of online gift buying, hundreds of companies will have locked onto a consumer’s online clicks.

“People are becoming more aware of their digital footprints online, as well as the extent to which, over time, we are creating archives of various sorts,” she says.

A survey from Pew this year found two-thirds of Internet users objected to companies keeping tabs on them. And a growing number of those people are doing something about it. Josh Beauregard, a 30-year-old website developer, is one of them.

“I think there is a low level paranoia that I have of people knowing too much about me,” he says. “I don’t use apps if I can avoid it, on my phone.”

Beauregard says mobile apps are among the most aggressive trackers. Some, including the Facebook app, can track your location and even download all of the names and numbers you’ve stored in your phone, meaning your friends could be accidentally giving away your data.

“I’ve had conversations with friends about various apps,” says Beauregard, who adds that he also avoids Google, Yahoo and Bing, which are famous data-miners. “I use a search engine called DuckDuckGo, which is not storing any of my searches at all.”

Companies like DuckDuckGo have sprung in the last couple years to cater to the growing number of data dodgers. “There’s pent up demand for companies that do not track you,” says DuckDuckGo CEO Gabriel Weinberg. He says the sector is growing fast, but businesses in this field always get asked the same question: If you’re not mining data, how will you make money?

“We make money the same way Google makes money,” he says. “When you type in, say, ‘mortgage,’ we’ll serve you a mortgage ad.” The difference is, that mortgage ad will be generic and won’t be tailored to where you live or how much money you make.

And some companies are finding people are willing to pay for privacy. For $8.25 a month, DeleteMe will remove your online information from a slew of data brokers. “In many ways, online tracking today is far more insidious than any virus we’ve ever seen,” says Bill Kerrigan, CEO of DeleteMe’s parent company, Abine, and also a former executive of virus company McAfee. “It’s really invisible to most consumers, they’re creating detailed profiles about you and your digital life that really last forever.”

Kerrigan says many of his customers don’t want to drop off the digital grid entirely, they just “want a sense of control in that relationship.”

Data dodger Josh Beauregard says that’s his main goal. “I am not interested in being a ghost,” he says, meaning he’s willing to part with some of his data in exchange for services he wants, like Facebook or a work-out app for the gym.

He says he is paying for these thing with his data and just wants to make sure he’s getting a good deal. “What am I other than data in the digital realm?” he says.  “I’m just an algorithm and If I want to feed that algorithm, I say, is my data worth the service I’m getting for this?”

Here are the top 10 ways you can avoid being tracked online.