Rolling down the fiscal cliff

Rolling down the fiscal cliff

Felix Salmon of Reuters and Catherine Rampell from the New York Times discuss the big topic of the day — the fiscal cliff. Hard to avoid. Rampell says “it’s a mess, whatever it is…we just want it to pass.” But both Rampell and Salmon aren’t panicking about the prospect of toppling over the so-called fiscal cliff come January.

“If they manage to fix it at any point over the year, I think we’ll be okay. There’s nothing taxmagaddenish” says Salmon. Rampell points out the payroll tax cut could be something Americans see hit their wallets pretty quickly.

When it comes to how the fiscal cliff could affect Wall Street, Rampell says “the markets are just going to react to politicans.”  And about those politicians? Salmon wonders if the politicans will learn to “grow up now” after Tuesday’s election results. 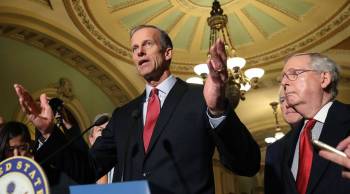 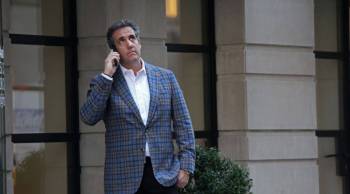 The swamp and the draining thereof