Scott Leitzel is showing a class of second graders how to save a Word document. He teaches technology at William Paca elementary school in Baltimore, Md. He walks from desk to desk with an iPad in hand, awarding points as students complete each task.

Every time a student earns a point, the iPad emits a little “ping!” At the same time, that boy’s or girl’s name pops up on a screen at the front of the class along with a cartoon-like avatar. It might be a smiling bear or a three-eyed purple monster with horns. “Perfect,” Leitzel says to one student, looking over her shoulder. “Let’s make sure you get some points for that.” Ping. Ping. Ping.

Then Mr. Leitzel spots Charles, off in a corner, eyes wandering. “I notice that Charles is off task and I want to see if he looks around at the screen,” he says, tapping his iPad. At that moment, Charles’s name and avatar pop up on the smartboard and a decidedly less cheerful sound effect plays. Minus one point — for being off-task.

“I didn’t have to say anything,” Leitzel says. “Now he’s back on task and I’m sure he can earn that point back, quickly.”

Leitzel is one of thousands of teachers using a free software program called ClassDojo. It lets teachers reward and punish students’ behavior as it happens. ClassDojo co-founder Sam Chaudhary is a former teacher. He says the program is a bit like those electronic roadside signs that show you how fast you’re driving. “When motorists are shown their speed, that’s an order of magnitude more effective than police traps,” he says. “You already know that information — it’s on your dashboard, but just by the fact of it being displayed to you in real time actually changes behavior.”

Chaudhary says the aim of ClassDojo is to catch students being good. Teachers are encouraged to award points for paying attention, helping others or persistence. “Positive, consistent reinforcement actually improves behavior,” Chaudhary says.

Bobby Moore started using ClassDojo this year after hearing about it from another teacher. Moore teaches 5th grade at Furman L. Templeton Preparatory Academy, a charter school in Baltimore. “Incidents of physical aggression have gone down, incidents of disrespect have gone down,” he says. “Students are more aware of the rules, expectations and procedures that we have in our classroom.”

His students seem to like it. Dashawn Morris, age 10, says he tries to earn points. “I like the sound of it and it’s fun because the little characters come up,” he says.

Watching Moore’s class, though, it’s easy to see how the technology can take on a life of its own. At one point during a poetry lesson, Moore singles out a student named Tyriq for following instructions. There’s an outcry from other students, who think Tyriq is getting too many points. It seems the behavior management system can cause its own behavior problems.

Sample of a ClassDojo class — made up of Marketplace reporters

Moore tries to regain control. “I’m glad that everyone wants to do the right thing and earn points,” he tells the class. “If you eventually can do the right thing, you will get the recognition, so please do not worry.”

“I’m not surprised to hear that the students in the class were moderately obsessed with tracking the scoreboard,” says Doug Lemov, an expert on classroom management and author of Teach Like a Champion. “Of course they are.”

Lemov says teachers need some kind of system to keep track of behavior fairly and consistently. Teachers can spend more time trying to keep order than actually teaching. But Lemov says technology can only do so much. “I think it’s probably typical of a lot of technology solutions,” he says. “It can probably help make things function more efficiently, but the core to effective classroom management is always human interaction.”

ClassDojo is a work in progress. Co-founder Sam Chaudhary has been watching how teachers use it and adapting the program. He says making it more seamless may require more training for teachers. Right now it takes just a few minutes to fire up the app and start doling out points. 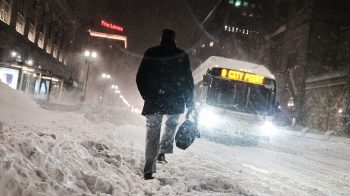