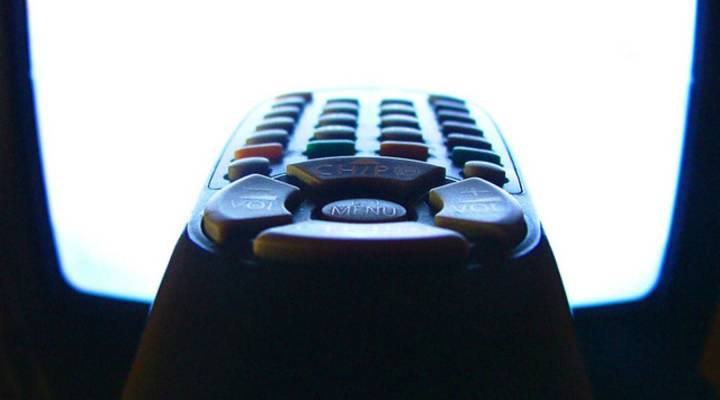 COPY
Can you imagine a future where you pay only for the cable channels you actually watch? flickr.com/dhammza

Can you imagine a future where you pay only for the cable channels you actually watch? flickr.com/dhammza
Listen Now

Most of us have our favorite channels that we tune in to while dozens or even hundreds of others go unwatched. But we still pay for what we don’t see and that bothers most cable subscribers. Imagine a future where you pay only for the cable channels you actually watch. Derek Thompson, a senior editor at The Atlantic who examines big changes coming to a cable box near you in this month’s issue, says that could be the next wave of the future in the television business.

The option of paying per program is something that Thompson says has been on the wishlist of cable package subscribers for a long time.

“This is the dream of people who are cutting the cord and really of all of us,” says Thompson. “You watch whenever you want, you don’t have to pay for ABC Family or MTV2. That would be lovely. The problem is that when you do the back-of-the-envelope math, it becomes very clear very quickly that TV on demand would probably be either much more expensive than we think or much lower quality than we’d accept.”

Thompson says this type of model would be expensive because one of the ways that networks make money is through the bundle of networks that are offered. Millions of households don’t watch every single network, but they still pay for them. Because television is a risky and expensive business — where most of the pilots that are made don’t last even six months — networks are still protected by the steady stream of revenue that can offset the risk.

“Media companies essentially have been dictating their terms to cable companies,” says Thompson. “Say I’m Disney, if you want to buy ESPN, you have to buy everything that I have to offer. That’s why we get stuck with this cable bundle that goes up to 300 to 1,000 channels.”

Thompson says the people who own video content today are looking back and seeing how the music industry got crushed by the Internet. So they are much less likely to look at a company like Apple and offer sweetheart deals for their content.

“They’re thinking, we know what happened when you did this to the music industry — and their total industry revenue plummeted by 50 percent in 10 years — there is no way that we are going to do that to our extremely valuable line of products. We’re going to demand that you pay exactly what Comcast and Time Warner are paying. We’re not going to let you cut and splice everything up and ruin our bundle,” he says.

“The Internet, ironically, is less likely to disrupt video the same way that it’s done for newspapers or music. We still have the same number of paid TV customers now that we did five years ago, during a recession. It doesn’t seem like doomed times just yet for cable, but that doesn’t mean it won’t in 5 or10 years,” adds Thompson.

What might this potential move away from a bundled cable package mean for consumers’ pocketbooks?

“Every single time you pay, let’s say $80 a month to Time Warner Cable, ESPN gets $5 of that. So I sort of calculated that if you wanted to buy ESPN alone, you might have to pay $10 or even $20 just to get ESPN every single month to offset the lost advertising,” says Thompson.

Considering that price is just for a single cable channel, Thompson concedes that cable is, compared to other forms of entertainment like going to movies and concerts, a pretty good deal.