The future of storm forecasting, and using algebra for faster broadband

The future of storm forecasting, and using algebra for faster broadband

When a monster storm roars out of the Caribbean as Hurricane Sandy has, lives and billions of dollars can hang in the balance. So what technology is in the pipeline to help us react quicker? Jeff Masters, the director of meteorology at Weather Underground, which has become one of the most popular online weather services in the world thanks in part to crowdsourcing weather information from its twenty thousand users, says:

“We try not to be the ones providing all the info… We try and draw in resources from as many weather enthusiasts as we can. Web cams that people have in their back yards, or weather stations. Or if they’ve got photos they send us–we take all of that information and make it available.”

But what about predicting the big storms? Masters says it could be twenty more years before tiny sensor drones swarm over the oceans. Perry Samson, a professor at University of Michigan who taught Masters, is working on an approach that could arrive sooner: It’s called CYGNSS, from NASA and the National Ocean and Atmospheric Administration. It starts with the launch of eight new “scavenger” satellites. This tiny constellation — each satellite itself reportedly only the size of four loaves of bread — will harvest the reflections coming from the radio waves already bombarding the earth from the legions of existing satellites in orbit.

“The unique part of a satellite system like this is that we’re going to be able to look into the hurricane for the first time,” says Samson. “These wavelengths are such that they pass right through the storms inside the hurricane.”

Unfortunately even CYGNSS is a long way off; Perry says the system’s launch is still four years away.

Now imagine this: Turning a two-lane road into 10-lane highway using no extra asphalt…just math. A global team of scientists has worked out how to get loads more data through the internet without adding circuit boards or microchips. They say their algebra stops information from bunching up. Glenn Fleishman blogs about tech for the Economist. He’s been working on his own metaphor.

“Imagine that every letter that came to your house was delivered by a separate mailman,” says Fleishman. “Let’s say they get bunched up on your front porch and they can’t push all the letters one at a time through your mail slot. Eventually you’re going to wind up with a whole pile of mailmen standing there trying to all shove letters through your mail slot at once. That’s going to slow down the flow of letters in your home, and that’s what happens with the form of internet congestion that these new formulas clear up.”

Who will benefit from bandwidth boosted by algebra? Just about anyone who’s gotten annoyed by a slow, herky-jerky internet. Companies will be able to license the technology from Caltech and MIT.

And before we go, that Glenn Fleishman I just talked to? He was on Jeopardy last week. Won two nights, but lost on the third. Check out Glenn’s thrilling all-or nothing Final Jeopardy bet, but before you watch the end of the clip…do you know the answer to the question? Hint: What happened in 1990? Did you know the correct answer? Tell us in the comments below. 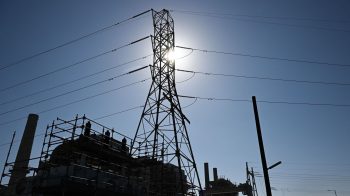