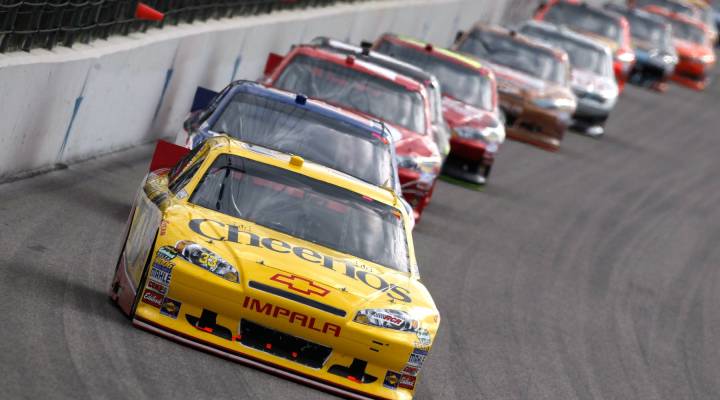 COPY
YouGov BrandIndex has released a report on the brands favored by Democrats and Republicans. The top three brands for Democrats: Google, Amazon and Cheerios. Jonathan Ferrey/Getty Images
Mid-day Update

YouGov BrandIndex has released a report on the brands favored by Democrats and Republicans. The top three brands for Democrats: Google, Amazon and Cheerios. Jonathan Ferrey/Getty Images
Listen Now

The prospect of automatic tax increases and budget cuts creates uncertainty, holding back investment and hiring. Companies also are preparing to make their case to Congress for how to avoid the fiscal cliff entirely.

Los Angeles is one of many cities to offer tax breaks and financial incentives to attract new businesses.

Just in time for Halloween something has Wall Street spooked. Yesterday, the Dow fell by more than 200 points for the second time in three trading days.

Equality for women has come a long way but still has a way to go according to the 2012 Global Gender Gap report. The report ranks countries on the access women have to education, economic opportunity, healthcare and political power.

Some good news from the housing market: The Commerce Department just reported sales of new homes in the U.S. rose 5.7 percent in September to their highest level in two years.

The Detroit Tigers take on the San Francisco Giants in first game of the World Series. Detroit has the auto industry, San Fran has the tech sector, but recently both cities have scored solid gains in their housing markets.

And finally, a new way to look at the political divide. YouGov BrandIndex has released a report on the brands favored by Democrats and Republicans. The top three brands for Democrats: Google, Amazon and Cheerios. M&Ms and PBS made the top 10. For Republicans: Fox News, the History Channel and Craftsman topped the list, followed by Clorox and the Discovery Channel.