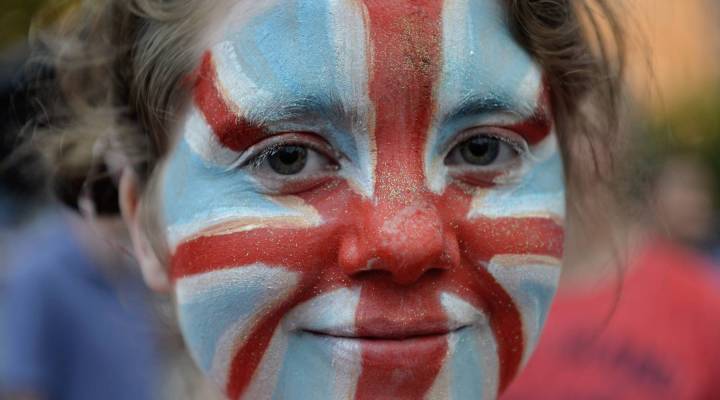 Ancestry.com in $1.6 billion deal, will focus on Europe

COPY
A woman poses with a Union Jack painted on her face at Trafalgar Square in London. Interest in ancestry is on the rise in Europe, as more people leave their home countries to find work elsewhere in the European Union. YURI CORTEZ/AFP/GettyImages

Ancestry.com in $1.6 billion deal, will focus on Europe

A woman poses with a Union Jack painted on her face at Trafalgar Square in London. Interest in ancestry is on the rise in Europe, as more people leave their home countries to find work elsewhere in the European Union. YURI CORTEZ/AFP/GettyImages
Listen Now

It’s major moment in the family tree for Ancestry.com. The genealogy website, which has more than two million subscribers, has agreed to be acquired by a private equity group Permira for about $1.6 billion. One notable part of the deal? Plans to expand the service in Western Europe.

Here in the U.S., we’re pretty much all immigrants, so an ancestry service makes sense. But Europe? Is there really a big market for genealogy there?

“There is some ripening of the market,” says Elaine Collins with Brightsolid. It owns family history websites all over the world, including findmypast.com.

Collins says interest in ancestry is on the rise in Europe, as more people leave their home countries to find work elsewhere in the European Union.

“The more migration and dislocation there is, it plays to this human instinct of wanting to understand our roots more,” she says. “When you’re living in the place where your ancestors have lived for ages, there isn’t that same burning desire to know. It tends to be stronger when you’re separated from your roots.”

“They’re a gold mine, because nobody else has ever quite duplicated what they do,” she says.

Still, ancestry.com’s stock has been sagging. Dideo says it can be hard for a company built on a steady revenue stream to excite investors. “It’s not the same as being a Cisco or an Apple, where you’re going to have a new product that comes out every six months.”

Ancestry.com did have a TV show, “Who Do You Think You Are?” on NBC. It’s been canceled, but the BBC version of the show is going strong.