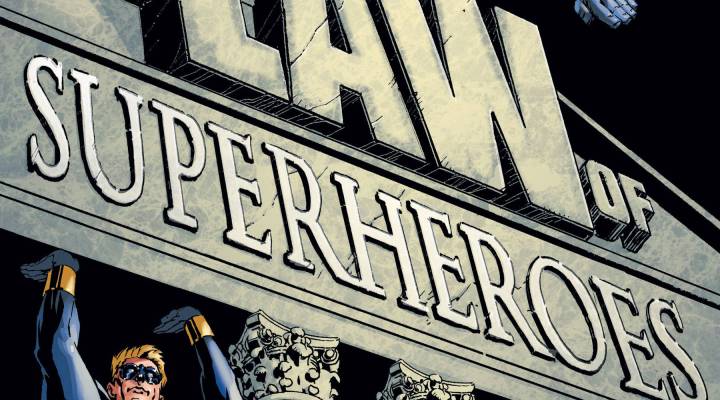 How superheroes deal with personal finance

COPY
Everyone has to worry about personal finance, even superheroes. What financial worries and risks do they face -- and what about taxes? Gotham
Shelf Life

How superheroes deal with personal finance

Everyone has to worry about personal finance, even superheroes. What financial worries and risks do they face -- and what about taxes? Gotham
Listen Now

When it comes to making a first impression, it’s hard to argue anyone does a better job than a superhero, right? You know, the cape, the mask, the invisible airplane. We know they all lead real lives — they have regular jobs and complicated love lives just like the rest of us. But we never hear about their personal finance issues.

James Daily and Ryan Davidson are lawyers who write the blog LawAndTheMultiverse.com. They have a new book out called “The Law of Superheroes” that discusses how superheroes deal with money and debt.

So, why would superheroes even need to be worried about their finances? Daily says it seems like a lot of superheroes don’t worry about money, but probably should.

“Some of them have income streams that need to be managed — like Mr. Fantastic, also known as Reed Richards, licenses patents from his inventions. He’s a superhero inventor. There’s a big income stream there,” says Daily.

“Then there’s also characters like Bruce Wayne and Tony Stark who have large ‘legitimate’ corporate assets and they are either publicly or privately the head of their respective multinational corporations, so they’ve probably got large law firms on retainer,” adds Davidson.

It’s risky business trying to save the world. Besides dealing with issues involving insurance, superheroes also face the possibility of being sued in the aftermath of a conflict — especially if there’s a lot of damage.

“In many cases, superheroes are what we call judgment proof, where either there’s no way to get them into court or they don’t actually have any significant assets,” says Daily.

In an effort to save the world, a superhero could claim that damage was caused out of necessity. Daily says that would work as a defense in some cases, but when a private individual claims necessity, they’re still on the the hook for damage.

“For example, if Superman has to use somebody’s car to throw at a supervillain to stop them, they may still be liable for the cost of damage to the car,” says Daily.

Many people would say that superheroes are some of the greatest Americans ever. They can fly and possess incredible strength, but do they pay taxes? Daily and Davidson say that heroes who have secret identities presumably pay normal taxes in their normal identities. Clark Kent probably has his W2 from The Daily Planet while Peter Parker would have a 1099 as an independent contractor working for The Daily Bugle. Things get a bit muddy when superheroes’ identities aren’t publicly known.

“It’s not even clear who the IRS would want to yell at. I mean, these guys don’t exactly have an agent to receive service of process,” says Davison.

Perhaps superheroes have met their match in the IRS.

Read an excerpt from the book “The Law of Superheroes.”