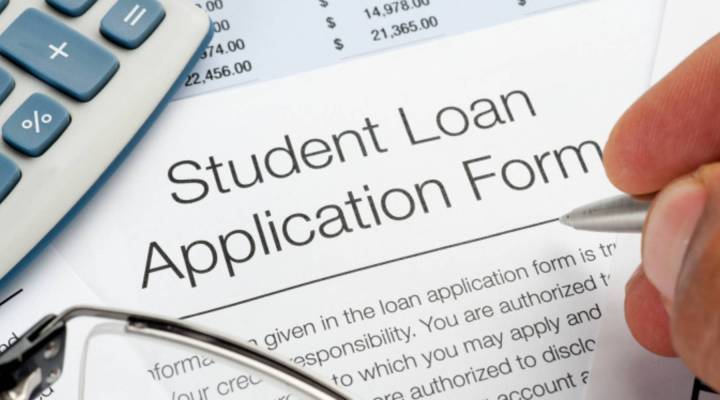 How parents should handle their child’s student loans

COPY
What do you do when your student loans pile up? iStockPhoto

How parents should handle their child’s student loans

What do you do when your student loans pile up? iStockPhoto
Listen Now

When you’re a parent helping your kids pay off their student loans, what can you do to alleviate the debt you accrue?

That’s a problem facing Catherine, 54. She encouraged her daughter to pursue her dream of becoming a fashion designer. Catherine helped pay for her daughter’s tuition at Savannah College of Art and Design by taking out Parent PLUS Loans — a decision she now regrets.

Nine years later, she pays $900 a month on the loans and owes $130,000. She still hasn’t touched the principal even though her daughter graduated five years ago. The interest rate on her loan is 6.5 percent.

Catherine says her daughter has about $20,000 in student loans of her own and works as a denim designer in New York City. She worries that she won’t finish off paying the loans until she’s 75 and will end up paying nearly $345,000.

Luckily, Catherine says she and her husband have good jobs. She makes $87,000 a year and has been able to save for retirement. But she isn’t just paying for her daughter’s debt. Her youngest child is a junior at a state college and is also getting student loans. She is making the interest payments. Plus, she also owes $7,000 in credit card debt and $10,000 for her car.

“Retirement savings has to be a top priority, so that’s just a given and everything else has to fit in around that,” says Weston. “Typically, credit card debt has to be the first to go.”

Weston says taking on federal student loans is much better than private loans. “They have fixed rates, they have a lot of consumer protections and payment options. They do offer the possibility of forgiveness — even Parent PLUS Loans.”

She says Catherine needs to focus on saving enough for retirement, her credit card debt, and just keep plugging away at the student loans.

“Way too often parents drain all their resources trying to pay for a dream school for their children and the reality is they simply can’t afford it. And they should think about: Am I willing to pay $1,000 a month for 30 years?”

Click on the audio player above to hear more advice.