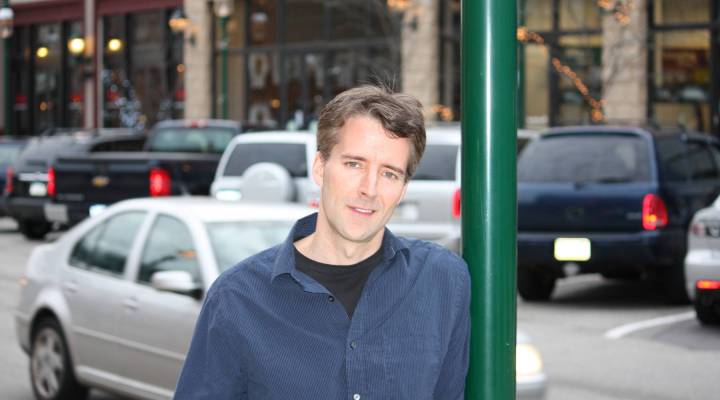 Comedian puts the funny in frugality

Comedian puts the funny in frugality

The best way to get through a tough situation for some  is to make light of it. If you can laugh at a problem, it may not seem so insurmountable. At least that’s how comedian Juston McKinney feels.

Growing up, McKinney didn’t have a lot. He grew up poor in New Hampshire. Now a middle class dad and husband, he can laugh with his brothers about how poor they used to be, and what they’d do to get by.

“I remember not having a hair dryer and we would literally dry our hair over the oven,” he says. “We just look at that as funny. It’s just easier to laugh at things.”

McKinney says financial issues have encompassed every part of his life since he was young. It’s impacted many of his decisions, both big and small. Like choosing what to eat for dinner.

“I would go to a restaurant and not even look at the entrée list. I would go right to the prices,” he says. “The waitress would be like, ‘What are you in the mood for tonight?’ I would say, ‘I’ll have the additional topping.’”

Some of McKinney’s best comedic moments are when he talks about raising his children on a budget.  He says cutting costs on recreational activities is something his family has to do.

“My wife’s like, my boy’s five now — wanted to take karate and swimming lessons. I’m like, well we can’t do both. I say swimming lessons. She’s like, well I think karate. I go, what’s better odds: That he’s going to end up being around water or he’s going to get jumped by a pack of pre-k-ers,” McKinney jokes. “And I got a really good deal. I signed him up in an online course.”

This may be one of those cases where the rule of “it’s-funny-because-it’s-true” applies. People can relate to his stories of budgeting (though perhaps not so extreme) and finding ways to save money.

If you’re interested in seeing his act, you can stream his latest special, “A Middle Class Hole” on Netflix. McKinney is currently taping a new special called “Pain and Ice Cream” set to premiere this fall.