Millennials get their favorite TV and the debates too

Millennials get their favorite TV and the debates too

On Wednesday night at 9 p.m. ET, most of the major broadcast and cable networks will preempt primetime entertainment for politics. ABC, CBS, FOX, MSNBC and others will air the first presidential debate between Democrat Barak Obama and Republican Mitt Romney.

But not the CW Network. Its audience of eighteen-to-twentysomething Millennials will get their standard dramatic fare. Instead of presidential talking heads battling it out, CW will show the season premier of ‘Supernatural,’ featuring a different epic battle: between humans and monsters from Hell.

“The college-age audience is probably going to be more knowledgeable than they would be if they had watched,” says Meyers. “They’ll see the highlights of the debate from Twitter, YouTube, Facebook updates.”

“They’ll watch it when they want, or when their friends share it with them,” says Conway. “If those who are 18-to-29 have an average of 300 to 600 people on their Facebook pages, you can imagine how big a potential echo chamber you have.”

It’s an audience that won’t consume the debate in one real-time, undigestible viewing, but rather in the form of remixed and mashed-up debate clips shared—and commented on—by friends and celebrities they follow. And much of the post-debate content flying back and forth through the cyber-sphere is likely to focus on the issues that matter most to the Millennial generation—like student loans, gay marriage and jobs for young people. 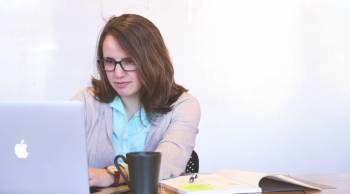