For the second straight year, fewer students enrolled in U.S. graduate schools. According to a report this morning, overall enrollment fell almost 2 percent last year — though there’s a lot of nuance behind that figure. The report came from the Council of Graduate Schools, of which Debra Stewart is the president. Good to talk with you.

“The first thing to point out is that — overall of course — we’re experiencing a decline of 1.7 percent. But that decline varies greatly depending on citizenship,” says Stewart. “First-time enrollment for U.S. citizens is actually down 2.3 percent, but for international students there’s a strong increase of 7.8 percent. So the decline story is really a story for U.S. students.”

There is one graduate program bucking the trend: health sciences.

“There is a kind of general sense from simply reading the morning newspaper that there’s a strong future in the health sciences in America. But the fact of the matter is we need experts across a wide array of areas in America if we’re to compete in the global economy.” 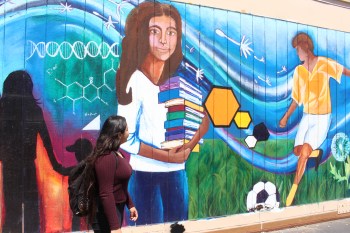