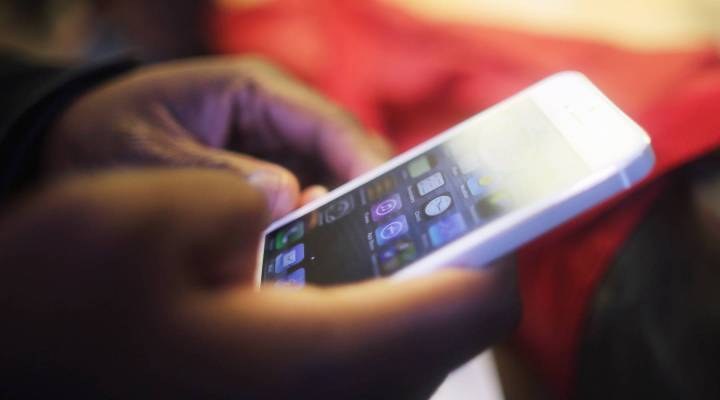 Apple’s size can move markets up –- and down

COPY
A customer tries out the Apple iPhone 5 inside the Apple Fifth Avenue flagship store on the first morning it went on sale on September 21, 2012 in New York City. Mario Tama/Getty Images

Apple’s size can move markets up –- and down

A customer tries out the Apple iPhone 5 inside the Apple Fifth Avenue flagship store on the first morning it went on sale on September 21, 2012 in New York City. Mario Tama/Getty Images
Listen Now

Stacey Vanek Smith: How big is Apple? Well, it accounts for about 5 p[ercent of the S&P 500 stock index and more than 10 percent of the Nasdaq Composite Index. There are even predictions iPhone sales could give a lift to the U.S. economy.

Alec Young: I don’t think we’ve ever seen one company move the needle the way that Apple does now.

Alec Young is a global equity strategist for S&P Capital IQ.  He says Apple’s size has been great for markets.

Young: The fact that Apple has such a large weighting in the S&P 500 index has been good because Apple’s been doing extremely well, and it’s one reasons the stock market has been doing very well.

The S&P 500 is up 16 percent this year.  Apple alone is responsible for more than 2 of those percentage points, says Michael Farr, chief investment officer at Farr, Miller and Washington.

Apple’s share price has added $300 so far this year…

But what Apple has given, Apple could take away

Michael Farr: If Apple takes a big hit, certainly markets are going to come down.

James Angel: This is what I call Apple risk.  If Apple implodes, every investor is going to feel the pain.

Angel says if you own shares in a mutual fund, you probably own Apple stock.  If you’ve got a 401K, it’s probably got some shares of Apple. And if you invest in those prudent index funds, Apple’s a big slice of that, too. Which begs the question…

Angel: Is that a dangerous thing?

Angel says not yet — and as long as those new iPhones sell well, we don’t have to worry about that.

Vanek Smith: So, for the sake of the economy, should we all run out and get the new iPhone?  Is that what you’re saying?

But it couldn’t hurt…