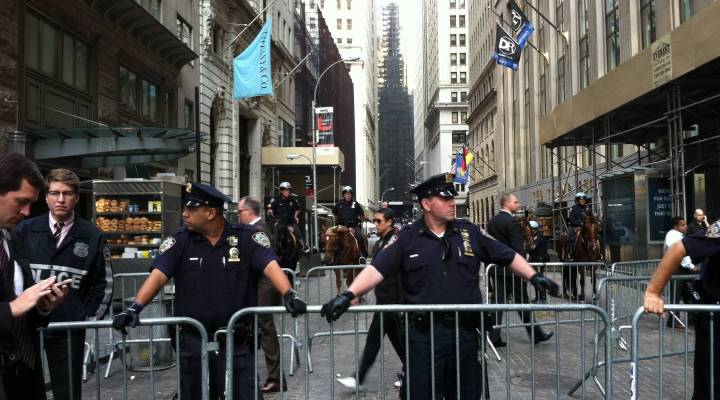 One year ago today, the Occupy movement began. It started when protestors took over a park right in the heart of New York’s financial district, and demanded that the world pay attention to the 99 percent. The protestors stayed in the park for almost two
months before being evicted by New York City police.

This morning, activists have returned to Zuccotti Park, where it all started. Hundreds of protestors have gathered there this morning, many dressed in business casual as a way to blend in with people around them heading to work, says Marketplace’s Stacey Vanek Smith, on the ground in downtown New York.

They are sitting down in an attempt to block key intersections near the New York Stock Exchange, “the idea being to stop business as usual from going on Wall Street today,” adds Smith.

She says that many of the protestors remain optimistic about what they accomplished with the movement, while some remained disappointed that the movement based in Zuccotti Park lost much of its momentum.

Protestors were also quick to point out that the anniversary — and celebrating what the movement stood for — is particularly significant as the presidential elections approach this fall.