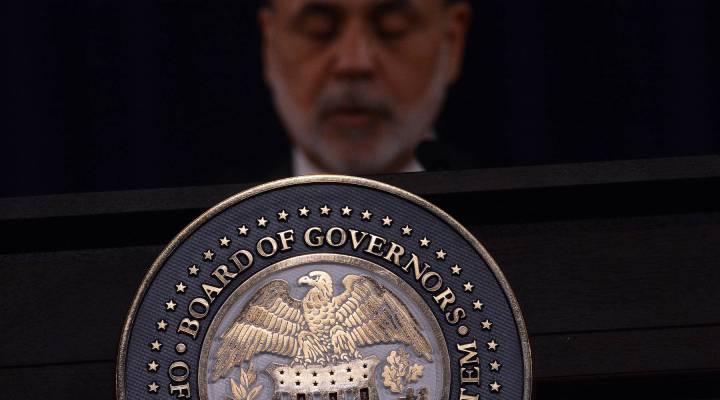 Markets are up today following the announcement of another round of quantitative easing. The Fed will spend $40 billion a month buying mortgage securities to keep interest rates down and inject liquidity into the U.S. economy.

Consumer prices rose in August by the most in three years. The consumer price index jumped six-tenths of a percent last month a lot of that was due to the rising price of gas. It’s still not the kind of inflation that seems to concern most economists.

U.S. retail sales rose in August, for the second straight month. Gas prices had something to do with that — they go up, people spend more on gas. But people were also buying cars. If you take gas and cars out of it, sales rose only one-tenth percent, which is nothing terribly outstanding.

And U.S. manufacturing had a rough month. Industrial output fell by the most in three months — Hurricane/tropical storm Isaac had something to do with that. It put kind of a crimp on the oil industry.

Used to be, if you ordered something off the Internet, you didn’t have to pay state sales tax. But Amazon is now charging sales tax in a growing number of states. California goes on that list this weekend.

Today Japanese government officials announced a bold new energy plan. The policy still needs approval from the cabinet, but just proposing it is a pretty big deal: it would end the use of nuclear power in Japan by 2040. The country had been on track to get half of its power from nuclear energy.

One year ago Monday, a group of people gathered in a then-obscure park in lower Manhattan, kicking off what would become the global phenomenon of Occupy Wall Street. So what’s happened to all the money?

The Whalebone café community bank in Pittsburgh has a unique sales pitch. It will pay you interest in the form of ice cream. Ethan Clay started the bank inside of his ice cream shop after getting frustrated with the fees his bank was charging. Clay says his bank is friendly and fair and for every $100 you deposit you get a $5.50 voucher for ice cream at his shop. The sweet deal may not last. State regulators are looking into the business.