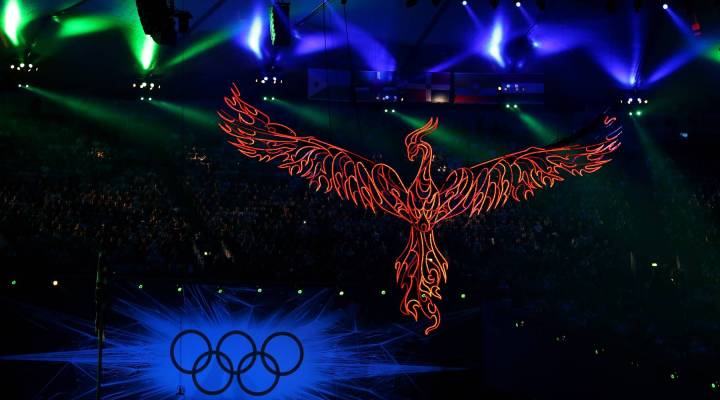 Remains of the London Olympic games

COPY
A phoenix is suspended inside the stadium over the Olympic rings during the Closing Ceremony on Day 16 of the London 2012 Olympic Games at Olympic Stadium on August 12, 2012 in London, England. Scott Heavey/Getty Images
London 2012

Remains of the London Olympic games

A phoenix is suspended inside the stadium over the Olympic rings during the Closing Ceremony on Day 16 of the London 2012 Olympic Games at Olympic Stadium on August 12, 2012 in London, England. Scott Heavey/Getty Images
Listen Now

If you find yourself still pining for the Olympic Games, never fear! Now you can own a piece of the games. Literally.

A British website called Remains of the Games is selling everything from the beds and dressers used in athlete’s dorms to crowd barriers and traffic cones.

The initial idea grew from a hope to get residual value out of all of the Olympic objects after the games were over.

“What we found was that all the people around us were actually desperate to buy all sorts of products which we were astonished they were interested in,” says Paul Levin, who runs operations for Remains of the Games. “Once they knew [the objects] were labeled as part of London 2012, it became magic.”

Levin says the most popular item, so far, is proving to be the bean bag chair.