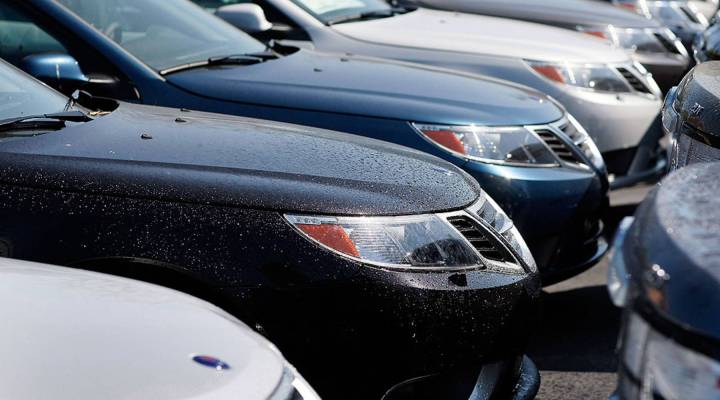 No time like the present to buy a car

COPY
Doing a little homework before going into a dealership will help buyers gain the upperhand during negotiations. Joe Raedle/Getty Images

No time like the present to buy a car

Doing a little homework before going into a dealership will help buyers gain the upperhand during negotiations. Joe Raedle/Getty Images
Listen Now

If you are in the market for a car, there may not be a better time to go get one. Of course, do lots of homework first: Figure out what make and model are best for you, then read up on how to get through that whole showroom ordeal.

But apparently plenty of folks agree that it’s a good time to buy a car, because Americans bought 20 percent more of them last month than in August of last year.

He said that about 12 years ago, annual car sales in the United States was 16 million; car sales in 2012 are on track to reach 15 million.

What is causing this boost in car sales? Among many factors, incentives such as zero money down and zero-percent financing for up to five, sometimes six years. Such incentives can save several thousands of dollars over the years.

If a buyer wants to take advantage of incentives, he should first apply for independent finanancing. After applying, the buyer will know what kind of interest rate they’ll qualify for. Armed with that information, the negotiation process at the dealership will be easier.

For more tips, take a listen to the audio above.