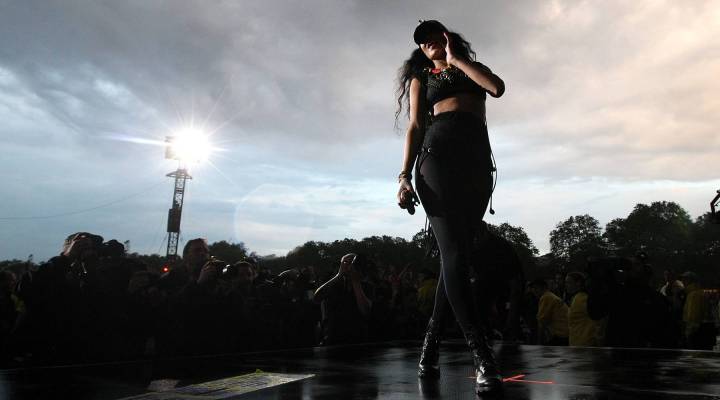 In China, investors are digesting the news that manufacturing activity fell last month for the first time in almost a year. That’s putting more pressure on Chinese officials to do something to stimulate the economy.

Meanwhile in Europe, we learned this morning that the manufacturing activity in the eurozone fell last month for the 13th straight month. On Thursday, the head of the European Central Bank, Mario Draghi, is expected to tell us what he meant when he said he’ll do whatever it takes to save the euro.

Traders will have the day off on Wall Street today.

European regulators have just given Universal Music Group the go-ahead to takeover rival EMI for $1.9 billion.

The drug company Pfizer is getting ready to sell shares of its animal health business Zoetis to the public. Zoetis sells medicines for pets and livestock and it brought in $4 billion for Pfizer last year.

Well here in this country, there are going to be a lot of people on the highways today heading home from Labor Day weekend festivities. And they’ll be spending a little more on gas than they did a year ago — but it’s all relative.

Port officials up and down the East Coast are frantically negotiating with longshoremen to avoid a strike that could happen at the end of the month.

Be careful what you Tweet. Pop star Rihanna was in London the other day and tweeted to her 25 million followers that she was about to take a train to Paris. Well by the time she arrived in Paris, she was mobbed by fans. So she took to Twitter again, to complain about the situation. A French security official said the whole event was absolute chaos and was all Rihanna’s fault.

To Chicago, where Harlean Hoffman Vision was going through her late mother’s possessions and found a book that had been checked out from the Public Library in 1934. It was a copy of The Picture of Dorian Gray by Oscar Wilde, and had racked up about $6,000 in late fees. Lucky for Harlean Hoffman Vision, the library is in the midst of an amnesty program for overdue books and happily took the novel back without asking any questions.