You have until August 30 to get metaphysical

You have until August 30 to get metaphysical

Did you hear that gasp? It was let out by witchcrafters, potion-pawners, and voodoo doll-dealers, all of whom currently sell their wares on eBay. In a routine clean up its site, the company announced that after August 30, it will no longer list auctions for items classified as intangible or metaphysical.

Among the items that will be taken down and prohibited from August 30, 2012, are “advice; spells; curses; hexing; conjuring; magic; prayers; blessing services; magic potions; healing sessions; work from home businesses and information; wholesale lists, and drop shop lists.”

I mean really, there is nothing worse than the stay-at-home sorcerer who tries to magic potion a wholesale list through a healing session. Can I get a what-what?!? Uh… how about a hocus pocus?
An online petition has been circulating trying to urge eBay to reverse its decision. But wait a minute, couldn’t they just… I mean, aren’t they… why not just cast a spell and make it so this thing never happened?

Though the petition does not use the word discrimination, it does point out that the sales of items reflecting other belief systems that remain unproven are not in dispute. Most significantly, it singles out “rosaries, crucifixes or religious medals, all of which have perceived ‘intangible’ abilities and energies associated with them,” and goes on to say that feng shui items, such as crystals, and magnetic therapy jewellery could also be seen to offer “intangible benefits.”
eBay spokeswoman Johnna Hoff has cleared this matter up, however, explaining that “items that have a tangible value for the item itself and may also be used in metaphysical rites and practices (for instance, jewellery, crystals, incense, candles, and books) are allowed in most cases.”

Coming soon to an auction near you: potion rocks! 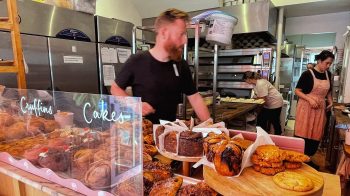