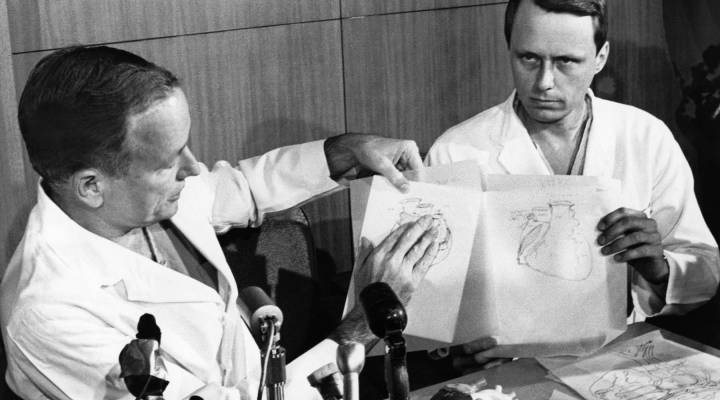 PODCAST: A bad day for Best Buy, a stressful life for doctors

PODCAST: A bad day for Best Buy, a stressful life for doctors

Today the global economy is taking note of a country it doesn’t often pay much mind to: Ethiopia. The country’s leader since 1991 has died. Meles Zanawi faced criticism for civil and human rights abuses in recent years. He also got credit for a remarkable run of economic growth.

Another bad day for Best Buy — after sliding 10 percent yesterday the retailer’s share price is down another six percent so far today. Today Best Buy said second quarter profits fell to almost nothing; same store sales dropped three percent. Gives you some sense of the turnaround facing the new CEO when he takes over next month.

Here in the U.S., our doctors are stressed out. “Burned out,” actually, is the clinical term in a new study from the Mayo Clinic. It claims to be the first extensive look at burn-out and work-life balance among physicians.

Despite the weak economy, luxury retail has been doing well. And kids clothes are no exception.

Speaking of expensive things, Nike is releasing its most expensive sneaker ever: The LeBron X Nike Plus. It will cost $315 and includes a sensor that measures how high you jump Nike’s also raising general prices for shoes and clothes by 5 to 10 percent.

Forget “Easy Rider” — Harley Davidson is more interested in Holy Rider. The motorcycle company announced its bikes will be getting a blessing from Pope Benedict at the Vatican next year. It’s part of Harley Davidson’s 110th anniversary.

Speaking of religion, if you’ve ever wanted to drink and donate to charity at the same time, there’s now a place to do it. The pastor of a free-spirited local church is about to open a pub that includes a menu of local craft beers and a menu of charities to donate the profits from your pint. The so-called “Philanthropub” hopes to open later this year.