‘Shark Tank’ star on how to succeed as an entrepreneur

‘Shark Tank’ star on how to succeed as an entrepreneur

Jeff Horwich: As the politicians tell it, many of our hopes in this economic recovery rest with the American entrepreneur.

“Shark Tank,” on ABC, is the reality show that lets you root for ’em. Five self-made wealthy investors sit on plush chairs. Over an hour, they scrutinize a parade of pitches. The sharks decide whether to crush the dream or take a stake in it — by making an investment with their own money. It’s not a predictably sexy premise for reality TV, but “Shark Tank” is up for an emmy and the fourth season starts next month.

From the start, the shark on the far right has been Canadian software mogul Robert Herjavec. He is known for living large — crashed his Ferrari on a racetrack this spring. But he started small, as a child of Croatian immigrants who arrived with almost nothing. As a long-time “Shark Tank” watcher, I think of him as the shark with a heart. Robert Herjavec, welcome to Marketplace.

Robert Herjavec: Hey Jeff, thanks for having me.

Horwich: So, “Shark Tank’s” fourth season is coming up, and as you have sat in your investor’s chair, these past few years, hearing people bring ideas to you, what kind of a view does that give you of the changes in the economy?

Herjavec: What we know is that the economy is not getting that much better. Credit is still very very difficult to get; we see great companies come onto the show with real sales that can’t get funding. But the stake for an American Dream and that vision hasn’t gone away.

Horwich: The challenges that you see in the economy with people getting other forms of credit, does that make you more sympathetic or more wary with your own money?

Herjavec:  I think that it makes me empathetic. At the end of the day, I think one of the fallacies people have is “you need a lot of money to make a lot of money.” When I started out my dad was a blue collar guy and my mom was a receptionist and everybody said to me “you can’t make money without money.” That’s absolutely not true. If you’re a true entrepreneur, you’re always going to find a way. Money is just another resource that you need in order to run a business – it’s not the end goal.

Horwich: Well, you tell people if you want to succeed as an entrepreneur, you have to give yourself 100 percent to your business. Yet, some of the most painful moments on Shark Tank are when people have gone into enormous personal debt to fund an idea, and it’s clear without your support they could be in serious trouble. How do you reconcile those two notions?

Herjavec:  So, the first thing is that’s business. Business is fluid, there is no static. So, I think one of the things that you need as an entrepreneur is adaptability. You got to be 100 percent committed, you got to be willing everything on the line. At same time if it’s a bad idea and it’s not going anywhere and you’ve put everything on the line, it’s a sure path to failure. I mean, when I started my first business, I got a second mortgage on the house and if it didn’t work – man, we were going to be in a lot of trouble. At the time it seemed like a reasonable risk. Today I look back and I say “My, gosh I was an idiot.”

Horwich: The new season of Shark Tank starts in mid-September on ABC. Robert Herjavec, great to talk with you, thank you.

Herjavec:  Thanks very much Jeff. 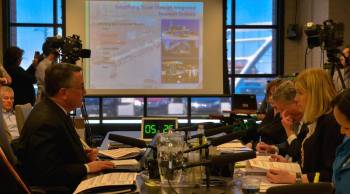 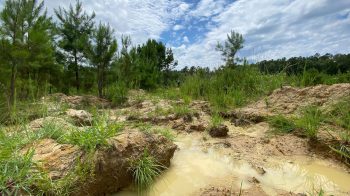