Stacey Vanek Smith: You might hear “Memphis” and think Beale Street, the blues and Elvis Presley. But outside the spotlights, Memphis is dealing with major urban challenges. So the city is launching a PR campaign, aimed in part at bringing former residents back to th city.

Blake Farmer: A minute-long web ad has an uncanny resemblance to a popular Chrysler commercial about the Motor City. This spot describes Memphis as “real and raw.”

Advertisement: The stage is set. This is Memphis. This is the comeback.

The comeback campaign includes strategically placed billboards in nearby metropolitan areas like Little Rock, St. Louis and Nashville. Memphis has been shrinking.

Mary Cashiola works in the mayor’s office and says the campaign is meant to tap a deep-rooted Memphis loyalty.

Mary Cashiola: The feeling is always like, ‘”Well, I’m going to be back one day.” So this campaign asks, “Well, why not today?”

Cashiola points to the green shoots of a turnaround. Unemployment dropped below double digits. A billion dollars in economic development was announced for the city last year, and on Broadway, “Memphis” the musical won a Tony.

The comeback campaign targets prospective tourists as well as people like youth minister David Rubio. He moved his family to Nashville seven years ago, and unlike some Memphis expats, he feels an unexplained draw to move back.

David Rubio: I will frequently have a conversation that goes something like this, “Oh you’re from Memphis? Aren’t you glad you got out of there? Isn’t it great to be free?”

Rubio bristles at the negative stereotypes, even if some are deserved. He cringes when Memphis ends up at the top of some horrible list, like infant mortality rates. Will a PR campaign make the hometown pull irresistible?

Rubio: I hope the come back happens, even if it happens without me.

For now, Rubio says he’ll be rooting for Memphis — but from three hours east. 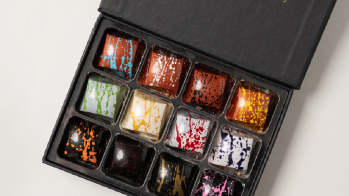