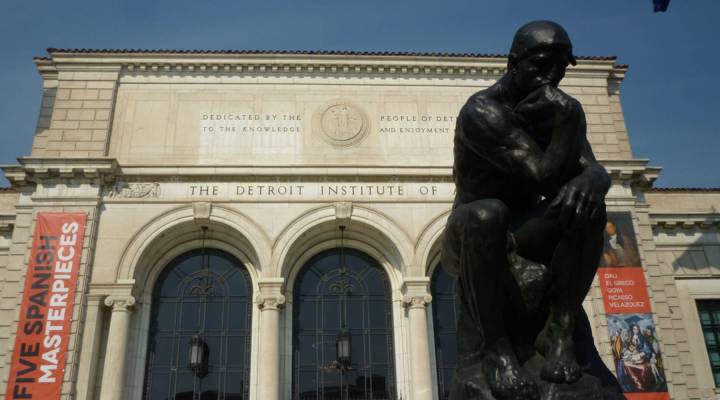 The stagnant economy has crippled countless nonprofit museums and arts organizations over the last few years. Big donors and foundations can’t commit as much cash, and local governments can’t justify supporting culture when roads, schools and pensions are on the line.

The Detroit Institute of Arts is joining a small group of museums experimenting with a new way to fundraise. They’ve asked local taxpayers to chip in. Voters in three Michigan counties passed a tax increase — known as a millage.

Annmarie Erickson is the executive vice president and chief operating officer of the Detroit Institute of Arts. Erickson says the millage is a very small property tax increase. “A home that has a market value of about $150,000, those individuals will pay about $15 a year for this tax.” But that adds up quickly for the museum. She says the millage plan allows the Detroit Institute of Arts to take in $23 million a year for 10 years, and that money will be spent on the museum’s operating budget. In return, residents of the participating counties get free admission into the institute.

Reaction to the fundraising campaign overall, Erickson says, was supportive. “We got on the phones, we did literature drops, we posted signs in people’s lawns when they said OK. I would say that most people were very supportive of the museum, and even people who didn’t really support the idea of an additional tax were supportive of the museum,” she says. “And we would obviously try to convert those who were not supporting the tax, but when we couldn’t do it, we thanked them, we encouraged them to vote, to express their opinion even though it wasn’t an opinion we were in agreement with. But we did want people to vote and to exercise that right.”