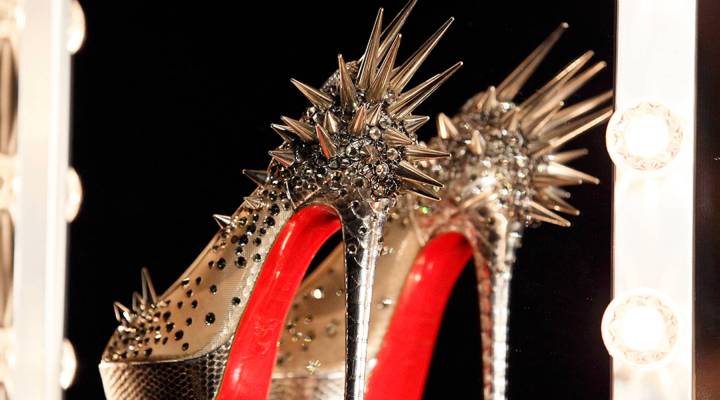 Hello lover: Women and their shoes

Hello lover: Women and their shoes

Here’s another sound of money: The clickety clack of a pair of Christian Louboutins walking down a hallway. Just one pair of that red-soled gorgeousness will set you back close to a grand. For shoes.

But you know what, plenty of women spend a lot of time and money on shoes. Rachelle Bergstein took note of that and wrote the new book “Women from the Ankle Down: The Story of Shoes and How They Define Us.” She studied why women prize shoes so much and are willing to shell out of the big bucks for them. There are obvious reasons like they’re beautiful, but Bergstein found some other more complex reasons.

“They have come to represent all of these really subtle, but improtant social cues, like status, like economic mobility, like independence, like power, like strength,” Bergstein said. “And these thigns are such a potent brew that they contribute to making shoes so popular to this day.”

Up until the 20th century, shoes made to last were limited to the very wealthy. But with new technologies and industrialization, shoes were more easily produced, driving costs down and increasing the variety of styles available. No longer are there just one or two styles in fashion during a season; there are now at least 20 different styles trending at any given time.

But why are they so expensive? Take a listen to the interview the Bergstein above to learn the answer and more about the history of shoes and women.